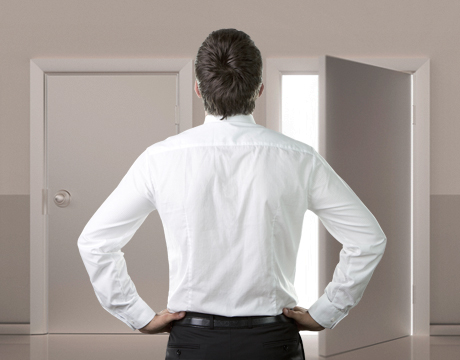 You’re speeding along in your career when suddenly you see the top executives in your company have doctorates. Or you’re getting ready to graduate with your B.S. and don’t know whether to go for the doctorate while you’re already in “student mode” or get some income coming in. It brings up that great question: To Ph.D. or not to Ph.D.?

Dr. Jason Somerville, chief technologist for Aerophysics, Inc., Houghton, MI, received a degree in physics from The Ohio State University in 1998 and worked for National Instruments in Austin, TX. But, eventually, the Ph.D. question hit. “I did software development but wasn’t exercising my full capabilities,” he recalls. “It prompted me to start looking around within the company and outside the company to find a better job. I saw what I wanted probably didn’t exist where I was and to get it outside the company I needed at least a Master’s and maybe a Ph.D.”

Somerville committed to focusing on engineering mechanics at Michigan Technological University. Having finished his doctorate in 2008, he feels it was easily the right decision, a decision he saw had an even better outcome by not working full time while attempting it. “You have more time to focus on school and it’s helpful to not have any outside work responsibility pulling you from completing your dissertation,” he says, his final thesis dealing with cathode coupling.

Dr. Ted Lynch, CEO at Southland Industries, Washington, DC, a mechanical contracting firm, decided to go for a doctorate in architectural engineering and also doesn’t recommend sticking with a full-time job while you do. “It’s not just the workload, it’s the mindset,” he says. “A doctorate can become all-consuming in your search for knowledge and it’s very difficult to throw in other variables. Even having a family can be tough.” Lynch, who worked his last two summers at Southland Industries while pursuing his doctorate, says the Ph.D. was absolutely worth it, not necessarily for the research but how it got him to take a step back and evaluate his overall direction. “I looked at my future and what company do I want to work for,” he says. “It gave me exposure to a lot of different companies, that piece is invaluable.”

He also thought his Ph.D. was an advantage because it allowed him to do research on the business side, giving him the kind of thinking that can’t often be ignored as a CEO. Finally, he says it gave him time to realize he wanted to be with a firm that had both the construction and engineering piece in-house. “[It] gave me time to pick between the right companies for me,” he says.

But what about that thesis we keep hearing about? Should thatscare people off? Both agree it’s manageable but Lynch says the real challenge is the originality it requires. “It’s hard because half the battle is identifying the problem,” Lynch says. “You have to contribute new knowledge, so you need to ask what else has been researched at that point, what piece are you solving that no one has worked at yet. You can go down a number of different roads.”

But with the chosen road leading to the most complex paper you’ll ever write, Somerville advises not to expect it to be easy, either.

A doctorate can become all-consuming in your search for knowledge and it’s very difficult to throw in other variables. Even having a family can be tough.Ted Lynch, CEO, Southland Industries