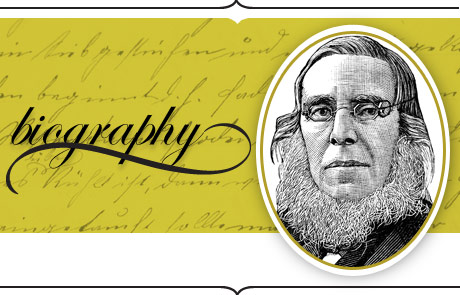 What do you do after making your first million? Peter Cooper (1791-1883) was unlike any other inventor, engineer or philanthropist who lived during the industrial age. His wealth was "self-made" and he was loved by many because of his genuine, deep, and unfailing love for his fellow man. His efforts benefited not only individuals, students, workers, and families, but society and humankind as well.

Growing up working in industrial New York, Cooper became familiar with many trades. He apprenticed building cloth-shearing machines during his teens, then started his own shearing company, which did well enough to enable him to purchase a grocery business. He used the proceeds from selling the grocery business, which he didn't enjoy, to buy a glue factory.

After creating ten different grades of glue, he found a way to freeze-dry it, creating a food-grade gelatin from the lightest grade. Though his patented, portable, dried form of gelatin later became Jell-O, his fortune came instead from his glue company, which had become a wildly successful monopoly.

Cooper used these fortunes to purchase a steel mill, and became active in the mining and railroad industries. Producing railroad track helped him rise to become a leader in the steel trade and to be at the forefront of the industrial innovation.

During the 1830s it was "much doubted" in England that steam-powered locomotive engines could be used on curved rails, especially the twisting, inclined track near Baltimore, MD. Experimenting with conical wheels and a steam-powered engine, Cooper built the "Tom Thumb" for the Baltimore & Ohio Railroad Company. It became the first steam locomotive to run in the U.S., "proving conclusively that steam-power may be used on our road with as much facility and effect as that of horses, at a very reduced expense," according to Cooper.

Being a forward thinker, Cooper designed an elevator shaft in a multi-story building before elevators had been invented. He suspected that soon there would be a mechanical method to transport people in this space. His elevator shaft was circular-shaped because, according to him, it was the most efficient design.

While he felt the objective of a business was to make money, he believed that "the object of life is to do good." He felt it was everyone's duty to help the nation progress towards a better social condition. Cooper regretted the fact that he only had at most a year of any formal schooling, and thought the less fortunate should have an opportunity to educate themselves and become successful.

He founded The Cooper Union for the Advancement of Science and Art in New York City in 1859. As a free university, its goal was to provide the "inspiration of truth" and better the condition and "means of raising competence and comfort thousands of those that might otherwise struggle through a life of poverty and suffering."

He offered a free, well-stocked reading room and flexible night hours since he noticed it was difficult for working people to attend during the day. It was the first private college open to all classes, races, and genders. The university is still tuition-free and offers a merit-based education.

His "Great Hall," the largest non-religious meeting room in New York at the time, seated 900 people and became a place for social reform. It was there that Abraham Lincoln delivered the address that earned him the presidency and many other notables followed. It's where the Red Cross and NAACP were chartered, and Cooper ensured offices were available for "women's activities" and organizers such as Susan B. Anthony.

In addition to helping individuals, Cooper benefited humankind through patents and companies that had historical significance. As President of the North American Telegraph Company and the New York, Newfoundland, and London Telegraph Company, he was instrumental in arranging to lay communications cables connecting Europe and America.

Despite the many-year difficulties of laying cable under Canada's Gulf of Newfoundland, he helped arrange for cable to be laid across the Atlantic Ocean. The success of such an effort was doubted, especially after the first cable failed soon after its installation, and the second cable was lost half way through its laying.

It took almost three years for Cooper to secure financing for a third attempt. While that cable was being installed, "we went out to see if we could pick up the other one. The balance of the lost cable was on board the ship," Cooper describes in his autobiography. They spent 10 or 12 days 'hooking' for the lost second cable two and one-half miles deep in mid-ocean and used up all their fuel before it was finally caught. "It was pulled up three times before it was saved, picked up, and joined to the rest. The two ends of the cable were brought in connection, and we had two complete cables across the ocean. I do not think that feat is surpassed by any other human achievement."

While he felt the objective of a business was to make money, he believed that 'the object of life is to do good.'