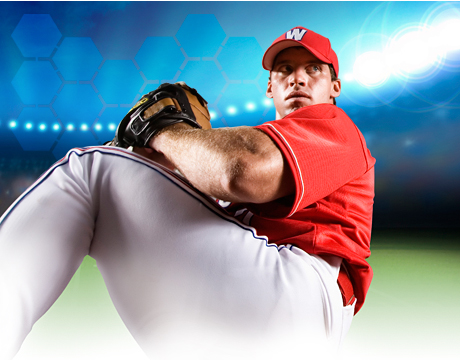 Spring is near, professional baseball players are limbering up throughout Arizona and Florida, and around the country parents are signing their children up for spring recreational baseball and softball programs. Unlike football, where the debate over how to protect players from concussions is ratcheting up, baseball poses fewer risks. But line drives cracked directly back at the pitcher do occur, with potentially disastrous results.

Players looking for protection now have an option, with Major League Baseball recently approving an injection-molded padding that can be fitted into a player’s cap. The product, called isoBLOX, provides frontal head protection from line drives reaching 90 mph and side protection along the temple of 85 mph, according to its manufacturer. MLB, which has been working with various vendors on the project, set a protection threshold of 83 mph, which it says is the average speed of a line drive reaching the pitching mound.

The padding is made of hexagon-shaped injection-molded polymers connected by a hinge, and fitted with a foam substrate, says Bruce Foster, chief executive officer of 4Licensing Corp., parent company of isoBLOX. Upon impact, the padding flexes and diffuses the force, he says.

The padding adds one-half inch thickness to the front of the cap, an inch on the side and it weighs seven ounces. Foster says his firm will be visiting all major league spring training camps to introduce the padding and educate players on risks. There is no mandate on using the protection and Foster acknowledges the difficulty in getting buy-in, at least at the professional level.

Besides battling tradition, “When you’re 21 you think you’re invincible,” Foster says. “And there is nobody no more superstitious than a pitcher. Pitching is an art form.”

But baseball does not generally have to worry about concussions. For baseball, tests were performed by independent laboratories under MLB guidelines calling for protection at 83 mph. That is below the National Operating Committee on Standards for Athletic Equipment standard severity index of 1,200, considered the threshold for skull fractures and traumatic brain injuries. Foster says his firm approached MLB in March 2013 and completed testing late in the year.

Five major league pitchers were struck in the head by line drives in a five-month stretch of 2012-13, and seven others within the past six seasons, according to published reports. While Foster acknowledges the difficulty in getting major leaguers to use the protection, he says his firm has been overwhelmed with queries from parents, and sees the youth market as fertile for growth.

“This is well beyond what we thought and shows how fixed parents are on the safety of their kids,” he says. The firm plans to begin selling padded caps and a shirt fitted with the padding in retail outlets this spring.

The padding is produced in sheets that can be easily trimmed to the appropriate shape, says Foster. Designing head protection was more complex than simply inserting the padding into chest protection or protection for legs and arms. “There is air behind a chest protector,” says Foster, pointing out that the “airbag” effect helps diffuse the impact.

That effect is lost in head protection, so engineers combined two types of the padding to be fitted into a cap. “isoBLOX can be made out of different polymers,” he says. “You can make it brittle or make it flexible. With the head, we had to combine two types of isoBLOX sheets.” He says the double layer outperformed other versions of single-sheet protection.

While the padded cap can offer some help, barring some sort of face protection, pitchers remain vulnerable to balls hit directly at the face. “Because of the weight and protection level, however, this offers a degree of safety never seen in baseball,” claims Foster.

Still, change comes slowly in the sport and Foster knows the weight and different look of the cap is enough to chase away most players. “The velocity of the ball is incredible,” he says. “We have to educate the player as to, ‘what are the risks?’ The early adopters will probably be those who have been hit before. It is a lifestyle change. Eventually we’ll get there.”

For Further Discussion
This offers a degree of safety never seen in baseball.Bruce Foster, 4 Licensing Corp.