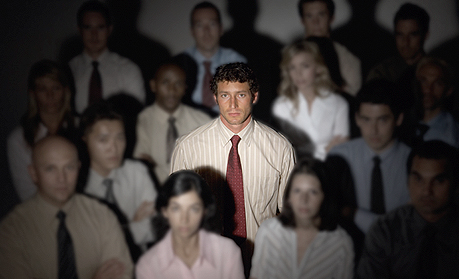 Many inventions are conceived by employee engineers during a period of time when employed. Ownership is critical in determining who has the right to exploit any patents ultimately issued on such inventions. Accordingly, the employee engineer should be familiar with the principles governing ownership and patent rights.

A U.S. patent grants to the patent owner (or "patentee") "the right to exclude others from making, using, offering for sale, or selling the invention throughout the United States or importing the invention into the United States . . .." 35 U.S.C. 154, 271. Examples of exploiting patent rights include selling products or services covered by the patent, assigning the patent to another, or granting limited rights under the patent to others, such as by licensing.

The general rule is that an individual owns the patent rights to the subject matter of which he is an inventor, even though he conceived it or reduced it to practice in the course of his employment. Banks v. Unisys Corporation, 228 F.3d 1357, 1359 (Fed.Cir. 2000). An invention may have joint inventors, even though the inventors did not each make the same type or same amount of inventive contribution. 35 U.S.C. 116. If there is no agreement to the contrary, any of the joint owners are free to make, use or sell the patented invention without the permission of the other owners and without accounting to the other owners. 35 U.S.C. 262. Without an accounting means that each inventor has an unfettered right to exploit the patent and cannot be forced to share any profits obtained from his activities.

However, a patent is a personal property right, which may be assigned, licensed and/or mortgaged in whole or in part. 35 U.S.C. 261. Contract law allows individuals to freely structure their transactions and employee relationships. An employee engineer may thus contract to assign all rights in inventive ideas to the employer.

Teets v. Chromalloy Gas Turbine Corp., 83 F.3d 403, 407 (Fed.Cir. 1996), cert. denied, 519 U.S. 1009 (1996). Furthermore, many employers require engineers to sign writtencontracts expressly allocating patent rights between engineers and employers. Most states enforce these contracts, which can transfer all of the inventor's rights in the invention to the employer in return for continued employment of the employee, although some states do place restrictions on such contracts.

If there is no agreement to the contrary, the employee engineer rather than the employer owns the invention, including the patent rights pertaining thereto. However, there may be an implied agreement to assign the rights to the invention. The general rule of employee ownership is subject to various exceptions such as where the employer may be deemed to own a invention made by an employee engineer who was hired for the specific purpose of making the invention, or who, after being hired, was directed by his employer to make the invention. Standard Parts Co. v. Peck, 264 U.S. 52 (1924); Houghton v. United States, 23 F.2d 386, 389-390 (4th Cir. 1928), cert. denied, 277 U.S. 592 (1928). The general rule is also subject to the limitation that the employer may be deemed to have a "shop right" in the invention, pursuant to which the employer enjoys an implied, nonexclusive, irrevocable and royalty-free license to use the invention made by the employee engineer. McElmurry v. Arkansas Power & Light Co., 995 F.2d 1576, 1580-1581 (Fed. Cir. 1993). Various other exceptions exist providing employer ownership, which are beyond the scope of this article.

As discussed above, determining ownership rights can be difficult but is of paramount importance. The first step includes identifying each inventor. Where multiple inventors exist the rights between these inventors must also be determined. The second step involves determining whether the various inventors have expressly or impliedly contracted away their rights to the invention. Where there is a written agreement, it should be carefully reviewed to determine how rights have been allocated. Where there is no written agreement, the engineer inventor may face a murky area in ferreting out proper allocation, which depends upon the facts and circumstances surrounding the inventive activity. Particular attention should be paid to these issues because of their impact on the ability to exploit a particular invention.

Disclaimer: The above is only a general discussion of the issues related to ownership of an invention by an employee engineer. The employee engineer should consult an attorney to review his/her particular situation.

However, a patent is a personal property right, which may be assigned, licensed and/or mortgaged in whole or in part.