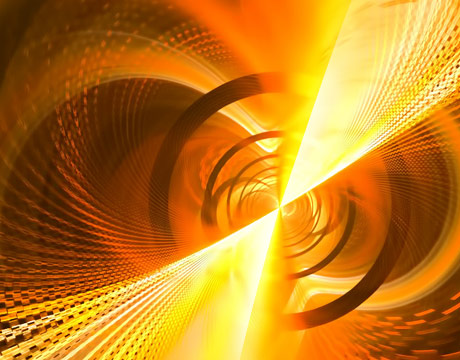 "Optical tweezers" are used by researchers to move micro or nanoscale particles and measure nanometer-scale displacements. This is especially useful in biological and physical research, for example, measuring the motion of individual motor proteins or the mechanical properties of polymers. Optical tweezers rely on a highly focused laser beam to manipulate these tiny objects.

But there are some limitations to optical tweezers. For starters, they require high numerical aperture objective lenses, which are bulky and expensive. Their limited working distances and the need for substrate transparency make them less effective in emerging biophysical research areas, such cellular mechanics in a 3D space. An example of that would be measuring the cellular forces associated with proliferation and differentiation. Another way to measure these forces is through atomic force microscopy (AFM). Drawbacks with AFM, however, include that it only measures cellular responses on 2D substrates and must actually touch the cells it is measuring.

Determined to improve on this situation, Yuxiang Liu, assistant professor of mechanical engineering at Worcester Polytechnic Institute, used light emitted from optical fibers to mechanically “trap” and “interrogate” biological particles, such as cells.

These optical tweezers are different from traditional optical tweezers in that they only require two optical fibers and can detect nanometer displacement without needing objective lenses. This also makes the system more compact and cost-effective.

Liu’s team developed “inclined dual fiber optical tweezers” (DFOT)—a fiber-based optical trapping system that can simultaneously apply and measure forces on particles both in water and in a 3D polyacrylamide gel matrix, without touching the particles. DFOT is not constrained by the substrate and can reach particles anywhere within the liquid solution, or encapsulated within a solid 3D compartment.

Conventional optical tweezers are typically set up on an inverted microscope platform about a meter in length. They are expensive, require a vibration-free table, and are difficult to use outside the lab environment. In comparison, Liu’s DFOT are about 100 times shorter in length (1 million times smaller in volume), less expensive, and more portable. Also, since the light is guided through optical fibers, DFOT can work readily outside the lab and in the field.

Not only does DFOT create the optical trap, it detects the trapped particle positions at a spatial resolution of 2 nm and a temporal resolution of 100 MHz, without the assistance of an objective lens. As a result, the fiber optical tweezers can calibrate trapping stiffness and measure forces, using a standalone, compact set-up.

“One of the most interesting aspects of fiber-based optical tweezers is their ability to apply forces on small particles such as biological cells, without any physical contact,” says Liu. “All you need is to direct the light emitted from the tip of an optical fiber, and you can grasp the cell and put it elsewhere, just like the tractor beam in Star Trek.”

“Since optical trapping measurements do not require the polyacrylamide gel to be mechanically homogeneous, our results imply that inclined DFOT can characterize local mechanical properties of a 3D inhomogeneous, nonlinear medium,” says Liu. “In addition, by varying optical forces, we successfully changed the effective spring constant on the particles embedded in the gel matrix. This suggests the inclined DFOT provide a powerful tool to apply forces to cells and measure cellular responses simultaneously in a 3D inhomogeneous environment.”

As a practical matter, compared with conventional optical tweezers, the fiber optical tweezers are more accessible, affordable, and portable. “This will allow more people to use this tool for various fields, including education, scientific research, as well as practical applications,” says Liu.

The ability to apply forces in a 3D compartment and measure them in real time makes DFOT an attractive tool for biomechanics studies. For example, DFOT can be used with nonlinear optical microscopy and traction force microscopy for cellular mechanics studies. DFOT can be integrated in microfluidic chips for on-chip cytometry and disease diagnosis. Fiber optical tweezers can also be used for environmental applications, such as water safety measurements and air quality monitoring.

What surprises Liu the most about his research is that, with all the capabilities they provide, fiber optical tweezers are not being aggressively studied and developed.

“The more I work on them, the more unique applications I visualize,” he says.

Currently Liu and Qi Wen, his collaborator and associate professor in physics at WPI, are converting the fiber optical tweezers into a module-like system, so that everyone can use them, just like calipers. He hopes DFOT will be commercially available within a few years. “If this happens, fiber optical tweezers should have a positive impact on education,” adds Liu. “If our tool becomes widely available in K-12 classrooms, this tiny ‘tractor beam’ will likely motivate more students to study STEM areas and, hopefully, use the tool in their careers.”

Mark Crawford is an independent writer. Gain access to exclusive offers and tools addressing the needs of the biomedical engineering community on AABME.org.

For Further Discussion
All you need is to direct the light emitted from the tip of an optical fiber, and you can grasp the cell and put it elsewhere, just like the tractor beam in Star Trek. Prof. Yuxiang Liu, Worcester Polytechnic Institute

The Question of Winterizing Wind Turbines