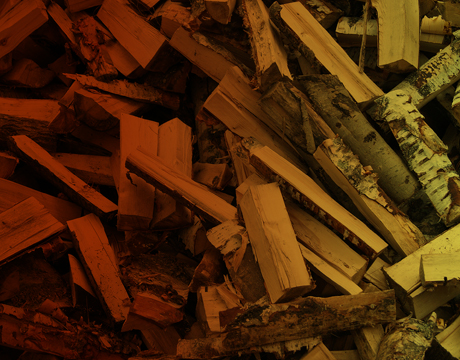 New Twist on an Old Tool

The axe is arguably one of the world’s oldest engineered objects. Despite its early provenance, the axe’s essential design and operation have not changed much in its many millennia of use: Whack a log with a heavy wedge and it splits the wood along the grain.

But now there’s a new kid on the chopping block, a lopsided claw of a tool called the “Leveraxe.”

By adding weight to one side of the axe head, the new axe turns after it has penetrated the wood by five millimeters or so, changing from wedge to lever and prying a section away from the greater log.

Mechanical engineer Joel George was working on a nuclear power station construction site in Finland when he heard of the new axe. Within a week he was visiting inventor Heikki Kärnä.

“When I first used the Leveraxe, I was so surprised by how little force is needed for the axe to lever the wood apart,” George says.

Before he returned to his home in Blue Mountain Lake, NY, George agreed to become Leveraxe’s North American distributor.

For You: IoT Puts a New Spin on an Old Product

The Leveraxe went through a few incarnations before it reached its current state of simplicity and elegance. The axe was born shortly after Kärnä retired from his job as an air traffic controller and moved to a new house in the middle of the woods. He’d been splitting wood his whole life, but he was tired of the problems that came with a traditional maul. The head often gets stuck in the wood, and it also has a propensity to bounce and fly off to toward the feet. That makes for hard work.

Kärnä’s first attempt at remedying the situation was to bolt hockey pucks to both sides of a maul head. This effectively kept the tool away from the feet by bouncing it back up off the log. It also effectively killed the force needed to split the wood apart. Next he tried bolting heavy washers to one side of the head. This introduced the prying action that occurs after the head has struck wood. It worked.

The only problem was that after popping off a piece of wood, the axe head would slide off, again endangering the lower extremities. So he welded studs to the thick end of the head to catch the wood and keep it atop the log it was splitting. Since then, the Leveraxe’s head has become a single solid piece of cast or forged metal.

The final product is safer, requires less power, and is speedier at getting the job done.

“Rough theoretical calculations conclude that the Leveraxe is 30 times more powerful than a traditional axe as it hits the wood because of the added torque that is created by the counter weight,” George says. “The Leveraxe does not lose kinetic energy to friction as do traditional axes because it penetrates into the wood on an optimum strike only a quarter of an inch.”

An axeman hard at work on a log can split it up to five times as fast and with lower risk of bodily harm.

“During the existence of the Leveraxe there have been no accidents,” he says.

I’m blown away with its functionality, and its simplicity. It’s very refined in the eyes of a mechanical engineer.Joel George, Leveraxe’s North American distributor

“I do use it to split all my wood here in upstate New York,” George adds. “I’m blown away with its functionality, and its simplicity. It’s very refined in the eyes of a mechanical engineer.” Michael Abrams is an independent writer.