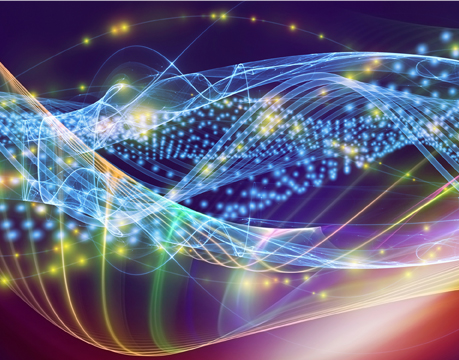 Dr. Rick Scholte, founder of Sorama, Eindhoven, The Netherlands, was out to make some noise—by ridding machines of it. A researcher in the mechanical engineering department at the Eindhoven University of Technology, he’s devoted years to analyzing the sound of products, culminating with the creation of the “sound camera.” “It started with visualizing sound and vibrations and the first version had only two microphones, one was acting as a reference center and the other was a robotic system that could scan the microphone,” he says. The measurements just weren’t enough to make a difference.

“The time taken was too long based on the number of images or scans we were getting,” he remembers. “It was clear we needed many more microphones but the channel price was very high. It would be a few million dollars for that same level microphone. We started using the ones for hearing aids with analog and MEMS microphones that are used in phones. Now it was a price that was much better.”

Issues with noise and sound are often overlooked in the whole design process and it’s usually only a few weeks before the product goes into production that inventors realize the problem, Scholte says. “But it goes beyond annoyance. There was research reported by the HWO about noise pollution that found one million healthy life years were lost because of traffic noise pollution,” he says. “It can even cause heart disease. It’s the number two health risk in Europe and may be number one by 2020.”

Explaining how the sound camera is put into action he compared it to those used to assess energy leaks in houses. “We’re trying to find where the weakness is,” he says. The successful version of the camera pointed 1,024 microphones at the product and visualized and measured the sound pressure. “It pinpointed where the source of the noise is located and how it behaves over time,” he says.

An example of the camera’s success was with a heating system by Remeha. It contained a beeping which Scholte says was one of the loudest for that market. Originally, the company spentsix to sevenmonths with their team doing trial and error and weren’t able to change much. “We came in and, with the camera, we analyzed images and saw aroundfour to fivedifferent sources causing the noise, one of them in the boiling system. We managed to get the noise level down more than 80 percent intwo to threedays and it became one of the quietest on the market.”

Another example was solving a beeping noise in a mobile phone, to the tune of 13 khz in your ear. “There it was just one problem to be adjusted and the beeping was gone,” he says. “Sometimes the answer can be very simple but you have to find the source of the issue.”

Scholte’s goal is to improve the health of the consumer and also change the mindset of products. “Sound is the last thing they think of when they create something. It should always be one of the first things.”

Sound is the last thing they think of when they create something. It should always be one of the first things.Dr. Rick Scholte, founder, Sorama