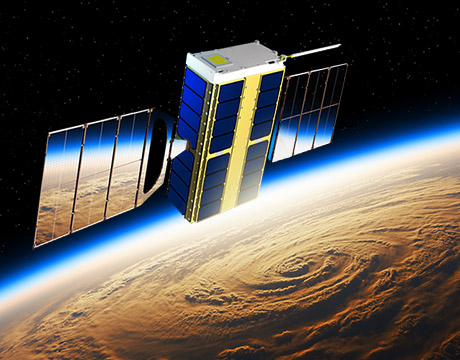 Elon Musk’s launch of a Tesla toward Mars was considered a stroke of public relations genius, but smart researchers pointed out the car could contaminate the planet with Earthly bacteria.

A NASA satellite may be able to shed some light on how big a danger bacterial contamination could be.

The EcAMSat nanosatellite was launched late last year to study bacterial behavior in space and the effectiveness of antibiotics. The 23-pound satellite will run experiments that involve growing and then starving E. coli bacteria, applying different concentrations of antibiotic agents, and determining the lowest level of antibiotic that could deter the growth of bacteria. The study should also provide guidance on medical treatment for astronauts.

For You: Read the latest stories on technology and society. 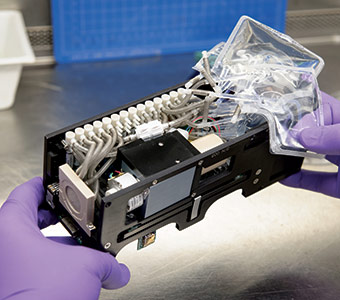 NASA’s EcAMSat nanosatellite will check the effectiveness of antibiotics in space. Image: EcAMSat

The EcAMSat is the size of a shoebox and mixes new components with legacy parts seen in older nanosatellites such as the 2006 GeneSat and PharmaSat, launched in 2009. The space agency says the redesign is a blueprint for a new generation of nanosatellites, which will feature more payload capacity, greater power, and improved instruments, avionics, and propulsion. The nanosatellite is capable of autonomous operation and can store 152 hours of data.

Like older nanosatellites, EcAMSat has solar panels and uses magnets for orientation.

NASA is outsourcing the interpretation of data from the nanosatellite to students at Santa Clara University. For enthusiasts who want to boast having communicated with outer space, the nanosatellite has started transmitting encoded data—unrelated to the tests—in packets smaller than Twitter posts that HAM radio operators can decode.