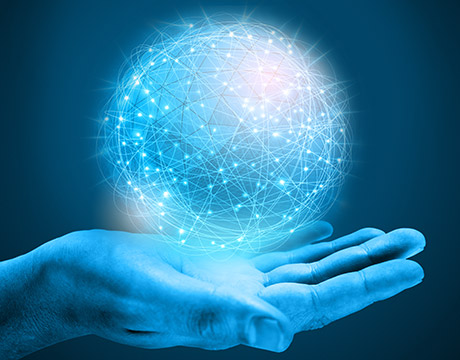 Nanoengineering is the manipulation of materials and processes at the nanoscale—about 1-100 nanometers. With so many advances over the last decade, nanotechnology has become the new frontier of engineering, creating endless possibilities for manufacturing, microfluidics, robotics, biomedicine, energy, heat transfer and storage, nanomaterials, and computational modeling. Nanoengineering is also one of the most interdisciplinary of the sciences, requiring knowledge of mechanical engineering, chemical engineering, electrical engineering, biology, physics, photonics, and materials science.

“Although the underlying science of nanotechnology is interesting and important, most mechanical engineers tend to focus on the parts of nanoengineering that best support their own particular design needs,” says Carol Livermore, associate professorof mechanical engineering at Northeastern University in Boston, MA. “For example, the strong, lightweight, high-conductivity nature of carbon nanomaterials makes them of high interest to MEs working on airborne and space applications.”

Products created with nanoengineering can often be incorporated into a mechanical engineer’s current work, with only a little additional training or education to use them effectively. An example is the integration of carbon nanotube yarns or sheets into airborne or space applications as shielding or electrical conductors.

However, not all nanotech products can be used immediately; instead they require further testing to see if they work as intended in macroscale applications. The special properties of nanoengineered materials and structures are enabled by their tiny sizes. “When larger-scale systems take advantage of nanoengineering, their properties are determined by large ensembles of nanoscale structures and how they interact with each other and with the rest of the system,” Livermore says.

The specialized properties of nanomaterials continue to improve the performance of many products and processes. A good example is additive manufacturing and 3D printing—the most disruptive force in manufacturing is becoming even more so, thanks to new nanotechnology applications.

For example, Rutgers University researchers have developed a method for binding nanomaterials during additive manufacturing that could lead to faster and less-expensive manufacturing of flexible thin film devices, such as touch screens. The “intense pulsed light sintering” method uses high-energy light over an area nearly 7,000 times larger than a laser spot to fuse nanomaterials in seconds.

Engineers at the California Institute of Technology have discovered a way to 3D-print the smallest complex nanoscale metal structures ever created, with diameters of roughly 1/1000th the size of the tip of a sewing needle. The process involves mixing metal ions with organic ligands to create a structure that is then heated and shrunk at temperatures as high as 1,000 °C.

In September 2017 researchers from HRL Laboratories developed a new method for 3D printing high-strength metals and alloys using a technique called “nanoparticle functionalization.” The process involves placing specially selected nanoparticles over layers of high-strength metal alloy powders. During subsequent melting and solidification, the nanoparticles act as nucleation sites for the desired alloy microstructure, which retains its full alloy strength. Further, the researchers did not need to be nanoparticle experts themselves: to determine which nanoparticles had the properties they needed, they consulted a materials data firm that reduced the material possibilities from hundreds of thousands to only a few.

Continued research in nanotechnology and engineering will revolutionize production processes in many industries and established new technological platforms and infrastructure that will have major impacts on the U.S. and global economies.

For engineers who are inexperienced with nanoengineering and want to utilize it in their projects, Livermore recommends just “jumping in and doing it. Read independently and collaborate with people who are knowledgeable about the field to get up to speed,” she says.

Applying individual nanoelements to larger-scale systems often requires considerable research on how to control the architecture and interfaces of the nanoengineered structures in the larger system. This is one of the biggest challenges and often requires a multidisciplinary background.

“Because nanoscience and nanoengineering are built on a multidisciplinary science and engineering foundation, an ME background is excellent preparation both for creating nanoengineered systems and for turning the small-scale science that has already been developed into larger-scale engineering solutions,” Livermore says.

For Further Discussion
Although the underlying science of nanotechnology is interesting and important, most mechanical engineers tend to focus on the parts of nanoengineering that best support their own particular design needs. Prof. Carol Livermore, Northeastern University