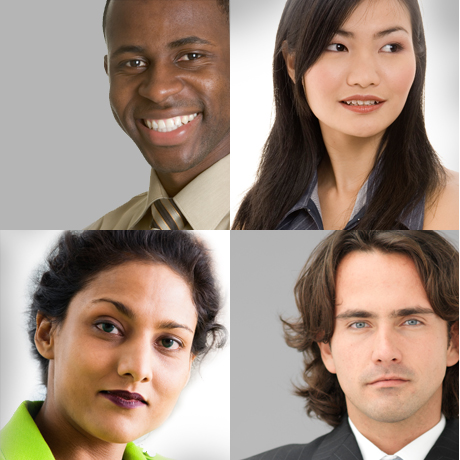 The success of a collaborative team in creating today’s increasingly complex technological devices depends not only on the combined skill sets of the team members but also on their personalities and ways of approaching and solving problems.

Almost a quarter-century of records of student design teams, mainly in Stanford University’s mechanical engineering design program, indicate that performance improves when a team pays attention to its members’ individual personalities. In other words, teams do better when they are composed of people with the widest possible range of personalities, even though it takes longer for such psychologically diverse teams to achieve good cooperation. They must first cultivate an openness to opposing opinions and recognize the value of exploring a problem from various angles.

While these principles have evolved from observing student project teams at work on realistic problems, the basics are likely to apply in corporations as well. Most compelling was the tripling of design prizes awarded by the Lincoln Foundation to one course’s teams over a ten-year period when no factors were changing except personality composition. Especially convincing was one year when students composed their teams with no guidance from a personality questionnaire. That one year, only a quarter of the teams won anything, compared to three-quarters of the Stanford teams in the other years when a personality questionnaire was used.

Corporations rarely have the flexibility of universities to construct teams freely without considering rank, seniority, experience, or specialty. Yet any team can benefit from cognitive mode information about its members. Extremely valuable is a preliminary meeting devoted entirely to what might be called the "psychological organization" of the team. Each team member examines a chart specifying eight cognitive modes and indicates his or her preferred modes. The team then decides whether to select a single person to be responsible for the mode or whether the job should be shared.

The thinking is that team members handling preferred activities are likely to perform better. For any empty cells, team members should either designate a member to be responsible or to alternate responsibility among members to make sure the mode is not forgotten. After the meeting each person knows what to expect not only from the others, but also from herself or himself.

Advantages of addressing cognitive modes include (1) drawing attention to the quieter introverted modes of knowledge, imagination, analysis, and evaluation, too often overshadowed by the more noticeable extraverted modes of experiment, ideation, organization, and community and (2) increasing the use of the information collection modes (experimentation, ideation, knowledge, and imagination), sometimes unintentionally overlooked by managers tending to concentrate on the decision-making modes (organization, community, analysis, and evaluation).

An organization meeting increases the efficacy of individual team members and enhances team effectiveness, possibly because of each individual’s increased understanding of his or her own roles. Since assignment to roles has been guided by each individual’s preferences, that should encourage responsibility.

According to psychologist Albert Bandura, author of "Self-Efficacy: The Exercise of Control," the belief in one’s own capabilities is important for every team member because beliefs influence their course of action, how much effort they put forth, how long they persevere in the face of obstacles and failures, whether their thought patterns are self-hindering, how much stress and depression they experience, and the level of accomplishments they realize.

Although the Lincoln awards ended a decade ago because of a reorganization of Stanford programs, teamology has continued to be studied at other universities. At the University of California at San Diego, a study of 150 lower-division science and engineering students in teams pursing robotics projects found that those in cognitively diverse groups said their teams felt less cohesive but generally their projects were deemed more creative.

Preliminary experience with personality questionnaires has led to markedly improved performance of academic design teams, based on the number of awards won. Although corporate circumstances differ in many ways from a university’s, some of the academic experiences and ideas may help managers improve the effectiveness of their industrial teams.

[Adapted from "Personalities into Teams," by Doug Wilde for Mechanical Engineering, January 2010.]

Corporations rarely have the flexibility of universities to construct teams freely without considering rank, seniority, experience, or specialty.