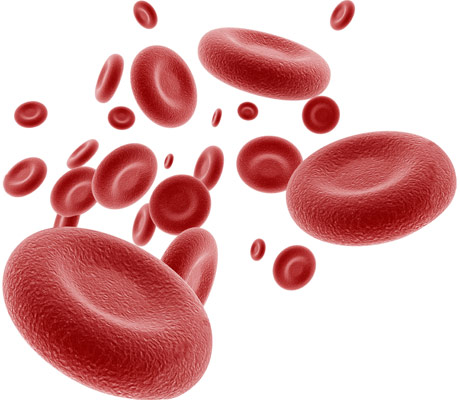 Blood and water: they may both be liquids, but blood, a complex flow, contains solid platelets flowing within liquid plasma. The mix of solid with liquid spells the difference between a fluid flow easily simulated on desktop computational fluid dynamics (CFD) software and a flow analysis on a powerful supercomputer.

Although a number ofCFD vendors sell desktop software that helps model complex flows, most flows are rather difficult and many are impossible to model. Typically, more than one type of force acts on the complex fluids, or they contain a mix of solids and liquids. To be solved, they need supercomputer power, according to Marek Behr, researcher and chair for computational analysis of technical systems at RWTH Aachen University in Germany. Behr and a colleague, Matteo Pasquali, in the Department of Chemical and Biomolecular Engineering at Rice University, Houston, TX, are now at work writing a CFD application that will help a heart-pump manufacturer analyze how blood would move through different pump configurations.

Modeling blood flow in rotors is a huge problem. The solution needs to account for time, fluids, and solids, and bring in elements concerned with both the chemistry and biology of the fluid.

"In blood, about half the volume is red blood cells," Pasquali said. "You can think about them as droplets—although they're flat when at rest, surrounded by plasma that's like water. Having those droplets as 50% of the volume makes blood behave in a way that's different from the way water or air would behave."

According to Behr, "Classic mechanical engineering materials don't have a timescale. Water doesn't. But blood has all these capsules and droplets that can be stretched. The timescale is the time it takes for one of these blood cells to relax back to its shape once it's stretched."

He adds that CFD programs that depict blood damage usually depict blood cells that stretch rather than break because stretching is easier to analyze for.

But, if a pump rotor were to shear droplets, hemoglobin could be freed from the cells and leak into the plasma. At a particular mix, that hemoglobin in the plasma becomes toxic to the patient. Applications that analyze shear are very important to pump designers. They would like to predict how much hemoglobin would leak out when blood flows through a centrifugal rotor to keep shear below a toxic level.

"You have to design a pump that pumps enough blood within its small footprint but doesn't damage the blood cell," Behr says. "You need the pump to be small because it's in your body. But it pumps several liters a minute—the heart pumps five liters a minute—and that amount of flow in a device that small makes for a great shear rate."

Heart pump maker Micromed Cardiovascular, Inc., Houston, TX, approached Behr and Pasquali to collaborate on an analysis program to depict blood shear around a rotor in an axial pump that could help them analyze and scale pump flow to a size suitable for children.

They've turned to the university’s Cray XD 1 supercomputer to compute what Behr called a very computer-intensive problem, the largest he's ever run. "It's an equation with five million unknowns," Behr says.

The geometry of the pump is quite complicated and it has to be analyzed for flow and time. For example, the actual pump has no flow before the rotors start turning. It takes about five 5 or 10 revolutions after blood flow starts before that flow is quasi-steady.

"In real life, that takes a fraction of a second," Behr says. Depicting those 5 to 10 revolutions for analysis takes 10 supercomputer hours.

They understand the importance of their task for the children who will need these pumps. Pasquali envisions that maybe someday a doctor could look at a patient, run a number of tests, and give specifications based on those tests to create a pump appropriate for a person of that size and age. So despite the difficulty of the problem, they push onward, knowing that many of the things we take for granted today were once impossible, too.

The solution for modeling blood flow in rotors needs to account for time, fluids, and solids, and bring in elements concerned with both the chemistry and biology of the fluid.

Blowhole Power on the Rise