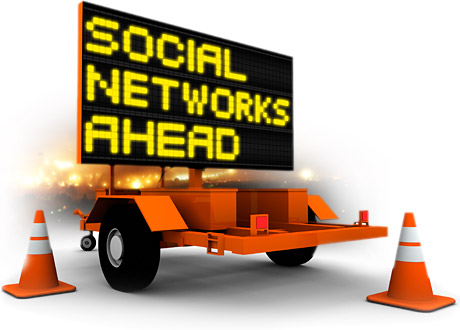 Social media is not only changing the way we communicate with friends, but dramatically changing the way we work as well. Social networks like Facebook, Twitter, and LinkedIn, as well as blogs, wikis, and other virtual communities offer new ways to engage customers and build stronger relationships. Marketing savvy companies are finding creative ways to use social media to promote their products and services and enrich their brand.

Because a message can be disseminated to thousands of people at the touch of a button, social media is a powerful communication mechanism, particularly with the proliferation of smart phones. However, there are many inherent legal and PR risks in such an open communication medium and companies should beware of how their employees are using social media.

The downside of social media, say Sharon Nelson and John Simek of information security firm Sensei Enterprises, Inc., is "Its use may give rise to potential legal liability and adversely affect brands or organization reputation."

In a 2011 blog post titled "The Legal Implications of Social Media," the law firm InformationLawGroup cautioned: "Organizations that employ social media face several information security legal issues. These legal risks can be broken down into three broad categories: 1) potential liability due to a breach of the organization's security as the result of an attack originating through the use of social media; 2) potential legal risk associated with social engineering and spoofing attacks against users or "fans" of an organization's social media presence, persona or application; and 3) legal consequences of leakage of third party confidential information as a result of social media use."

As more and more companies experiment with social media, some have learned the dangers of social media the hard way. For example, Chrysler hired a social media agency to manage its social media presence. One agency representative sent out a tweet on Twitter disparaging Detroit drivers from the @ChryslerAutos account. The Tweet read: "I find it ironic that Detroit is known as the #motorcity and yet no one here knows how to f@#$ing drive." The agency representative reportedly mistakenly used the wrong account for the tweet and was fired. Needless to say, that gaffe became a PR nightmare for Chrysler.

In another corporate blunder, Qantas airline launched a Twitter campaign the day after the company and its union stopped contract talks that essentially shut down the airline, stranding and inconveniencing thousands of travelers. The social media campaign featured a contest asking customers to "tell us what your dream luxury inflight experience (with Qantas) is". Enraged customers were quick to publicly voice their displeasure with the airline.

So how do companies mitigate social media legal risks and PR nightmares? Social media experts advise companies to create a social media policy for their employees that clearly states guidelines and be sure that employees are trained. It is important that the company monitors social media outlets for comments about the company, and take immediate action to respond to any negative comments. If there is any questionable activity, seek legal advice immediately.

While every company has different social media goals, many common best practices can be found in 100 examples of Corporate Social Media Policies, published at kodasexton.com. Intel Corporation, for example, outlines three key rules of engagement in social media guidelines for its employees.

In its publicly shared "Top 10 Guidelines for Social Media Participation," Shift Communications, a Boston-based PR agency, advises its clients "to participate online in a respectful, relevant way that protects our reputation and of course follows the letter and spirit of the law."

The federal government encourages its agencies to employ social media and sees many benefits. For instance, agencies like the Federal Emergency Management Association and Department of Homeland Security can broadcast special alerts and emergency announcements, departments can proactively share success stories with their constituents, and agencies like NASA and the NSF can use it as an educational vehicle. The Federal Government has posted very specific guidelines for government employees as published by inqbation.com at "Government Policy on The Use of Facebook-Twitter-Social Media."

Social media is not going away so it's best to understand it, monitor it, and provide the guidance necessary to maximize its benefits to your organization.

Social media is not going away so it's best to understand it, monitor it, and provide the guidance necessary to maximize its benefits to your organization.