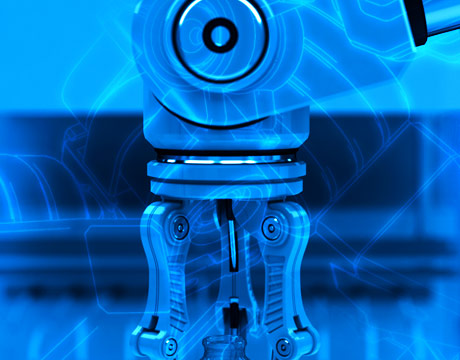 How Many Axes Does Your Robot Need?

Industrial robot systems continue to transform the manufacturing landscape. They reduce labor costs and maximize quality, efficiency, and speed, driving down operational costs and getting products to market faster.

Industrial robots have various axis configurations, depending on the task and the needed range of motion. The have also come down in size, which allows them to execute tasks in smaller-scale applications and reduces their footprint.

An axis in robotic terminology represents a degree of freedom (DOF). For example, if a robot has three degrees of freedom, it can operate in the x, y, and z planes. However, it cannot tilt or turn. Increasing the number of axes allows the robot to access a greater amount of space by giving it more degrees of freedom.

As provided below by Greg Martin, field engineer with Bastian Solutions, a firm that specializes in automation and information systems, more axes means more functionality:

“There are hundreds of software options that can typically be applied to a given robot and controller,” adds Martin. “Thus it is important to understand the robotic programming details and requirements prior to implementation.”

Advanced controls make the robots easier to use and program. In some cases, online tools allow operators and end users to quickly choose and configure robot features.

Most industrial robots utilize six axes, which give them the ability to perform a wide variety ofindustrial tasks compared to robots with fewer axes. Six axes allow a robotto move in the x, y, and z planes, as well as position itself using roll, pitch, and yaw movements. This functionality is suitable for complex movements that simulate a human arm: “reaching under something to grab a part and place it on a conveyor, for example,” says Richard Vaughn, senior automation engineer for Bosch Rexroth Corporation, a provider of drive and control technologies. “The additional range of movement allows six-axis robots to do more things, such as welding, palletizing, and machine tending. Programming their movements in 3D is complex, so software typically maps the motion to a set of world coordinates, in which the origin sits on the pedestal’s first joint axis.”

Other advantages to six-axis robots include mobility (easy to move and/or mount) and wide horizontal and vertical reach. They are especially being used in automotive and aerospace manufacturing, where they perform drilling, screw driving, painting, and adhesive bonding. Because they are coming down in price, it is now feasible for smaller manufacturers to invest in this technology.

RobotWorx, a provider of robotics systems, indicates that six-axis robot technology continues to advance rapidly. “Improved wrist action and flexibility, robot software and programming capabilities, and multiple mounting options are just some of the benefits six-axis robots have to offer,” the company states on its website. “There is also a large range of robot sizes, payloads, and speeds to choose from. Six-axis robots are also becoming easier to maintain, repair, or replace.”

Advances in intelligent control systems, safety systems, and computer power have made real time, human-robot collaboration a reality across a variety of manufacturing industries. Sensor technologies with shut-off systems can immediately deactivate collaborative robots if any variance is detected in their behavior, allowing humans to work safely beside them. Collaborative six-axis robots tend to be smaller and more lightweight and require no safety barriers, which reduces their footprint on the shop floor.

Whirlpool Corporation is using collaborative robots on some of its assembly lines.

“Collaborative robots allow us to be much more flexible,” says Eric Howe, senior engineer and automation lead for Whirlpool. “They also are easier to program than traditional robots, which saves time. And, they’re relatively inexpensive when compared to other technologies. The addition of the robots allows our employees to focus on tasks that require greater cognitive skill.”

For Further Discussion
There are hundreds of software options that can typically be applied to a given robot and controller. Thus it is important to understand the robotic programming details and requirements.Greg Martin, Bastian Solutions