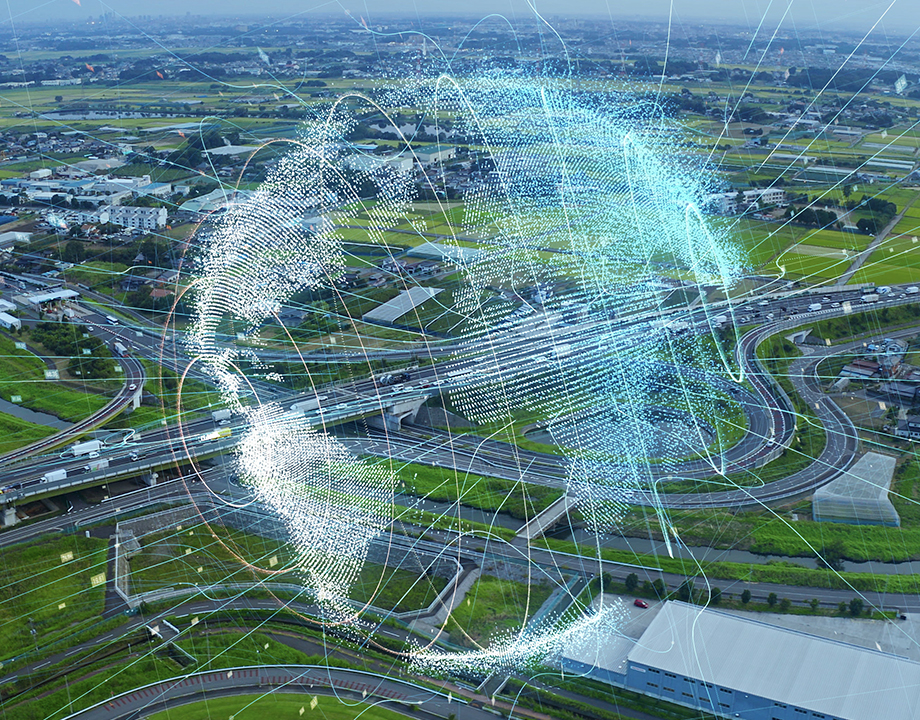 New materials and smart systems will be used to link roads with IoT systems and autonomous vehicles.

Roads haven’t changed much in the last few thousand years. The Romans had the basic idea—a large aggregate covered in smaller stones, topped with something smoother—that we still use today. But the rock used in base and subbase of today’s roads, as well as the concrete and asphalt used on the surface, has to be mined and hauled to wherever it’s needed. Both are costly and not too environmentally friendly. But now, with more than four million miles of road in the U.S. that need constant upkeep, researchers are looking into cheaper, greener, and smarter ways to build streets and highways. Here five road alternatives and alterations most likely to see traffic on a large scale in the near future. 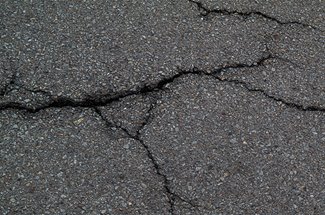 
Some researchers want to get rid of the bitumen altogether. It’s a petroleum product, energy intensive to use, and ultimately not sustainable. The alternative is bio-asphalt, which would use cooking oil, soybean oil, linseed oil, microalgae, and swine manure, among other possibilities. Iowa State University has a bike path paved with bio-asphalt that has been in use for 10 years. Sections of road around Belgium’s Langerbrugge Mill have been paved with a bio-asphalt that uses lignin as a binder. Recent research out of Rutgers University, in collaboration with China’s Harbin Institute of Technology, showed bio-asphalts made from corn and castor exhibited “rutting resistance” but didn’t age as well as traditional asphalt. Whether this downside outweighs the green benefits of using bio-asphalts remains to be seen. 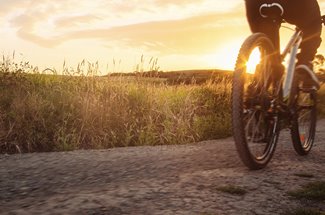 New water-based polymers can turn a road surface hardness into feeling like asphalt.
The biggest cost—and environmental detriment—of building a new road comes from aggregate that has to be transported to the site. But companies like PolyPavement can create a road surface with whatever soil might be on site. “If you have a dirt road and want to make it hard like asphalt, without having to import new aggregate, we can add our product to the soil to make it hard, to make it pavement,” said Curtis Reed, the company’s technical consultant. The product is an environment-friendly, water-based polymer, that accentuates the environmental and cost savings of not having to ship rock.

Unlike asphalt, PolyPavement’s product doesn’t break down when exposed to UV light, but actually strengthens. Unlike asphalt, when the surface has been damaged it doesn’t need to be ripped out and replaced. The newly added material adheres to the old for an easy resurfacing. Even if aggregate needs to be imported, the product is cheaper than asphalt: 70 cents for two inches compared to asphalt’s $1.75, according to the firm. The firm’s customers are mostly people or companies that like the natural look the product provides or are trying to save money. But the company is hoping to expand into greener markets as the environmental cost of building with asphalt becomes more widely known.


In coming years, the cars we will drive or be driven will be fitted with smart systems dwarfing those of today. But there has been much less of a push for roads to be of similar intelligence. Officials of The Ray, an 18-mile section of Interstate-85 in Georgia that is being used to test new road technologies, are trying to remedy that on multiple fronts. Foremost is the “vehicle to everything data ecosystem” being created by Panasonic. This virtual brain will allow autonomous cars to talk to the road and each other. Not only will the system keep vehicles safe, it will decongest traffic, lower emissions, and warn drivers or their vehicles of maintenance and changing traffic patterns.

But not all forms of intelligence are about connectivity. For example, under-inflated tires significantly reduce the energy efficiency of our cars of two billion gallons of gas a year, according to the U.S. Department of Transportation. The Ray has sensors built into the road that measure tire pressure and send the results to the driver via text. The Ray also features “smart studs” in the surface that light up and will soon communicate important information that could help guide autonomous vehicles. Already The Ray uses 3M’s Connected Roads All Weather Elements lane markings, which remain visible in wet conditions (for autonomous and human driven vehicles alike) due to its combination of glass and ceramic beads with various reflectivity indices.


5) Where the Rubber Meets the Road 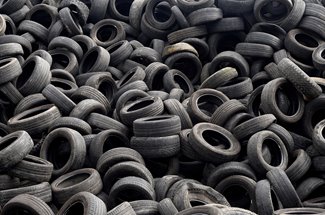 Adding tire crumbs to recycled concrete aggregate can increase its cohesion.
The world produces more than one billion used tires a year. The U.S. alone contributes some 290 million. One way to keep them out of landfills is use them to make roads. At the Royal Melbourne Institute of Technology researchers have mixed old tires with building rubble and shown that it can be used just as effectively in the base layer of roads as more traditional road fill. Adding just half a percent of tire crumb to recycled concrete aggregate can increase the aggregates cohesion.

But where old rubber really shines is on the surface, as part of the asphalt. “When you put ground tire in the road, it lasts longer, you don’t have as much pinning and cracking, and you don’t get rooster tail in wet water” said Laura Rogers, the director of strategic partnerships for The Ray. (“Roster tail is the arc of spray shot into the air where rubber meets the road in wet conditions).

More for You: What is the Future of Supersonic Flights?

The Ray has had a section of asphalt modified with ground tire rubber since 2019. At the University of Auburn’s National Center for Asphalt Technology, trucks have been rumbling over a strip of similar makeup for six years. “It still looks brand new,” says Rogers. The pounding they give a road at the NCAT facility means that every three years of use there is equivalent to 10 years of real-life road use, so the tire-augmented roads have already shown the potential to stay pot-hole free for two decades. The test strip has also retained its color. That rich black doesn’t just look nice; keeping the color constant will help autonomous vehicles navigate.

However promising a smart low maintenance road may sound, the biggest obstacle to updating our streets and highways may be inertia within the road construction industry. “There’s no incentive for contractors to build roads that are going to last longer and not need as much maintenance,” said Allie Kelly, The Ray’s executive director. “They like paving a road for the department of transportation and doing it often.”