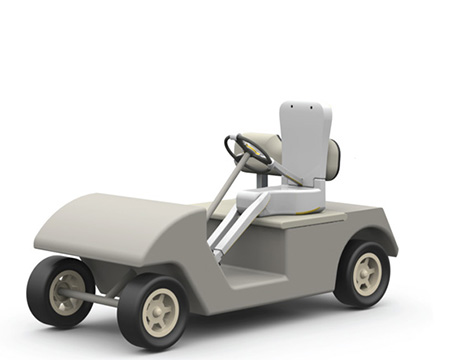 The potential for robots to become part of our everyday lives is not as far off as we think. With improvements in AI, robotics is progressing rapidly. It is not hard to imagine a very near future with robotic drivers, rescue workers, and caretakers. One such robot may help us forget the stress of the daily commute. This new robotic driver that consumers can install in any vehicle in a matter of minutes would free us to make better uses of our time.

The robot, called IVO for Intelligent Vehicle Operator, consists of a combination of vision sensors and mechanical systems to steer and work the gas and brake pedals. Users input a location using Google Maps and the robot drives there autonomously while detecting and avoiding obstacles.

A team led by Hugo Guterman, a professor at Ben-Gurion University of the Negev, thought up the idea while competing in the DARPA Robotics Challenge. The competition called for developing semi-autonomous search and rescue robots that could drive to a disaster, then leave the car to search the rubble.

“We were unable to put the robot inside the car because it was very complicated,” Guterman said. Instead, they rethought the problem and developed a 33-lb. robot they could install on any car or truck.

IVO works like a human driver. Users belt it into the driver’s seat. A three-pronged gripper at the end of an adjustable arm grabs the steering wheel. Two extendable actuators attach to the brake and gas pedals, moving up and down to work them.

IVO monitors road conditions using a camera developed by Guterman that removes the effect of background light so it is not blinded by the sun. The robot’s cameras also look around and explore its environment. An additional camera faces the dashboard so IVO can assess indicator lights and gauges for overheating, low gas, and other problem.

IVO’s simple design and straightforward functionality will make it easily affordable once production increases, Guterman said. While it does not provide all the functionality of a vehicle built for autonomous driving, consumers can retrofit the $1,600 unit into existing cars.

Guterman believes IVO might one day chauffeur people with handicaps, replace human drivers for safer and more efficient rescues under difficult conditions, and perhaps even replace truckers on long-haul routes. Read the latest issue of the Mechanical Engineering Magazine.