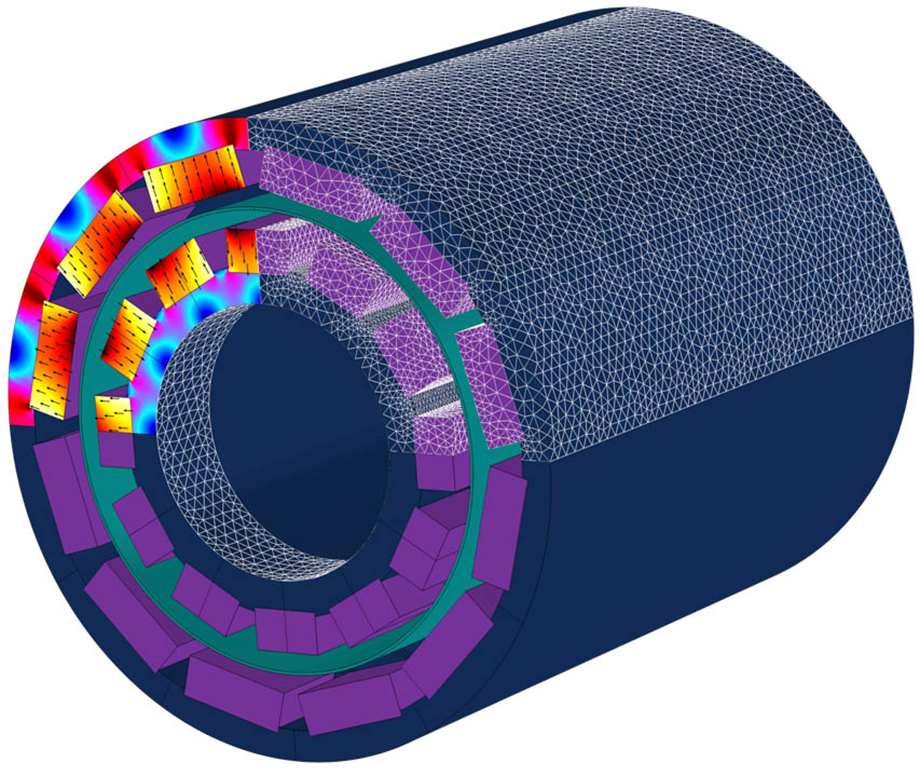 At Sintex, multiphysics simulation is used to develop and analyze noncontact magnetic couplings.

Whether it is an automotive engine, a wind turbine, or a wristwatch, the transmission of rotational power is important for various technological applications. Traditionally, transmission is achieved through mechanical gears or shafts that transfer torque and thus power. But mechanical transmission has inherent limitations, namely a susceptibility to wear and overload, because of the continual contact. In places of limited accessibility and harsh conditions, these limitations can be of extreme detriment, as replacing failed transmissions is a challenging and costly task.


Power Transfer Without the Friction 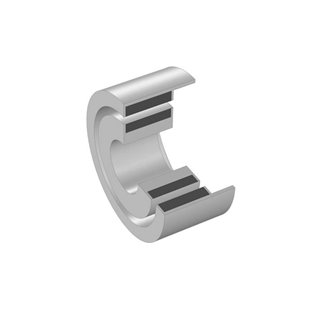 FIGURE 1. Schematic of a magnetic coupling. Photo: Sintex
Engineers at Sintex have developed an innovative alternative that provides robustness and reliability: noncontact magnetic couplings. The essence of these couplings is that the power transfer is achieved via magnetic forces rather than mechanical forces. Power is transmitted through a torque coupling between concentric arrays of permanent magnets. A power source causes one drive to rotate, while the coupling of the magnetic fields between the drives causes the other to rotate with the same speed. This system allows rotational power to be transferred without the friction and risk of overload.

The magnetic couplings are ideal for customers in offshore wind turbines and also in industries that employ complex pumping systems. Offshore wind farms require high levels of reliability in their components because of how difficult these parts are to maintain and repair. In addition, the air gap between drives accommodates the insertion of a separator can, allowing for media separation and closed pumping systems for use in chemical and food industries.

Recommended for You: Shifting Sources of the US Power Grid


Sintex uses multiphysics simulation to characterize configurations and provide virtual prototypes of designs. Flemming Buus Bendixen, a senior magnet specialist at Sintex, has used finite element analysis for twenty years, with COMSOL Multiphysics® as his primary tool of the last decade. “One of the big advantages of COMSOL® is that you can do many kinds of simulations; you can include many kinds of physics and these physics can interact with each other.” His team has a plethora of incredibly thorough and complex models and because of the intense verification and validation that the models undergo, the team places full trust in them. This not only saves time but also reduces the price for customers.

Torque transmission from the outer drive to the inner drive is the most defining characteristic of the coupling, and it is calculated in multiple ways. Analysis is verified through experimentation and has yielded errors as small as 1%. During the development of a new design, the model can be used to maximize the torque transferred in a specific configuration.

Since permanent magnets and their fields give rise to numerous secondary effects, Bendixen makes a substantial effort to model them. Eddy currents are generated by the external magnetic fields, resulting in electrical losses. “The shifting north and south poles create voltages across the steel; it conducts electricity and this dissipates energy from the system,” explains Bendixen. These are referred to as can losses, and need to be reduced as much as possible. By employing highly nonlinear hysteresis curves and utilizing their own material temperature dependences for magnetic loading, the simulations (shown above) help prevent the permanent magnets from reaching their critical temperature. “If the magnets get too hot, they can become partially demagnetized,” Bendixen adds. He takes further advantage of the flexibility of multiphysics simulation, having imported Sintex’s library of magnetic materials, allowing for a vast array of custom magnetic configurations.

Take Our Quiz: How Much Do You Know About Wind Power?​


The Easy Button for Simulation Expertise

FIGURE 3. Standard magnetic couplings. Photo: Sintex
Once Sintex was comfortable with the level of complexity in their models, Bendixen created simulation apps based on his multiphysics models. The apps allow the user to vary parameters without having to alter the underlying computational model. “I built the apps because some of my colleagues would like to do some system testing and simulations by themselves, and the apps enable them to easily do this,” Bendixen says. “Sales people can change dimensions and perform simulations while they are on the phone with clients to verify agreement with their specifications within minutes.”

Looking ahead, Sintex is also developing a novel magnetic reluctance gear. In addition to offering reliable, noncontact magnetic transmission of torque, these gears can alter the speed or torque between drives. And with simulation apps involving more people in the analysis process, Bendixen can spend more time making improvements to all of Sintex’s magnetic technologies.

COMSOL and COMSOL Multiphysics are registered trademarks of COMSOL AB.

Explore more on grid resiliency in our Energy Special Report 2020