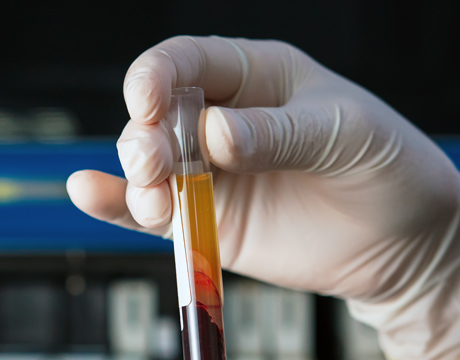 While Mayo Clinic physicians have about 30 different drugs available to them to slow prostate cancer’s progression, matching patient to therapy is far from a one-size-fits-all solution. But Mayo physicians hope that will soon change.

Right now, doctors determine the medication that will work the best against a particular patient’s prostate cancer, administer the drug, and continue to test to see if it’s working. Even when a therapy works, ongoing tests are still needed to ensure tumors haven’t mutated and to make the medicine ineffective.

Clinicians wanted an easy test patients take every day, with minimal pain, and get quick results. Based on the biomarkers tumors shed in the blood, patients could tell if their current medical regime was working, if they needed to try another medication and, if so, which one would work best against their particular prostate cancer biomarkers.

So Mayo researchers are collaborating on research that would use biomarkers shed in blood along with nanotechnology to characterize tumors and monitor how they grow.

The patient would use a finger stick to collect a drop of blood into a cartridge that would be mailed to the laboratory, says Brian Cunningham, professor of electrical and computer engineering, bioengineering at the University of Illinois.

The school’s Macro and Nanotechnology Laboratory, which Cunningham directs, and its Carl R. Woese Institute for Genomic Biology are collaborating with the Mayo Clinic on the project.

Perhaps the greatest advantage is that monitoring could be done daily via a simple blood test that could be done at health clinics or diagnostics labs or even at home, Cunningham says.

Doctors usually take MRIs or other imaging tests several months after a drug therapy has started, to see if tumors or growing or shrinking in response.

“Why wait six months after patients start a drug to take an MRI image to measure tumors, when you could find out if a drug is working so much sooner?” Cunningham says.

“Doctors would like to draw a sample from the patient every day when they start undergoing chemo to watch biomarker levels and see how they change from one day to the next,” he adds. “If the treatment is being successful, they’ll see biomarker levels go down.”

Testing could be done inexpensively on a desktop-sized instrument that might cost several thousand dollars, he adds. The equipment would be used to look for biomarker molecules known as micro and messenger RNA that tumors shed in the blood of cancer patients. Scientists have only recently been able to test for RNA in the blood, and the accuracy has been poor, Cunningham says.

The University of Illinois technique improves that accuracy with nanoparticles, he adds.

“There may be only 500 to 1,000 of these molecules present in a drop of blood, so being able to identify them requires ultra-sensitive detection approaches,” Cunningham says.

“If we have 30 different messenger RNA sequences we’re looking to detect, we can see the molecules we’ve collected and count and differentiate them all within a single test,” he adds.

But how to identify those molecules?

Another university researcher, Andrew Smith, is at work on methods to call out the molecules by binding them with the surfaces of nanoparticles, specifically semiconductor quantum dots that are extremely bright and thus highlight the messenger RNA. A photonic crystal attached to the dot amplifies the RNA signal. Smith is assistant professor of bioengineering at the university’s Micro and Nanotechnology Lab.

“With the dots, we can see the molecules we collect,” he says. “The nanoparticles used are so bright they act as tiny little flashlights.”

After the patient’s messenger RNA is separated from other components of their blood sample, technicians use an enzymatic method to place biotin on that messenger RNA. The quantum dot is attached to the biotin. Then images are taken.

“If you look in a microscope you can literally see individual molecules,” Cunningham says. “You see them on a cell phone camera if you have the microscope lens attached.”

The nanoparticle-tagged molecules would be counted and separated via signal-to-noise ratio, which compares the level of a desired signal—from the semiconductor—to the level of background noise.

The number of amount of a particular sequence within the sample would let doctors know whether tumors are sloughing off more material—i.e. growing—or less—shrinking. They can then choose to maintain the current medical regime or choose another one.

Currently the liquid biopsy method is under trial at the Mayo Clinic. At the same time, the researchers are creating a simple microfluidics device that would allow the method to be used for quick, accurate diagnosis.

The device could be available to physicians within five years, depending on FDA trials and tests, he says.

Jean Thilmany is an independent writer

For Further Discussion
With the dots, we can see the molecules we collect,” he says. “The nanoparticles used are so bright they act as tiny little flashlights.Prof. Andrew Smith, University of Illinois 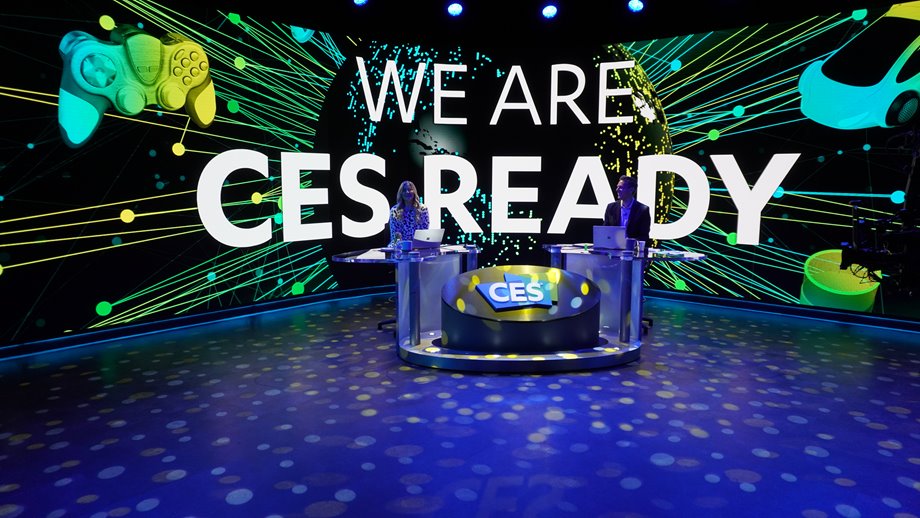 6 Top Trends in Industrial Robots for 2021