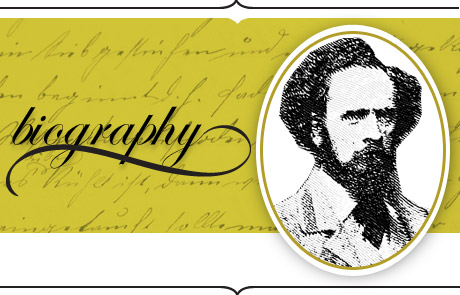 Linus Yale, Jr. (1821 – 1868) was born in Salisbury, NY, on April 4, 1821, to inventor Linus Yale, Sr., whose ancestors immigrated to the New World in colonial times from North Wales. The creator of sawmill head blocks and a millstone process, Linus Sr.'s, real passion was locks, particularly those used in banks. From that interest and hours of tinkering came one of the first modern locks to use a pin-tumble mechanism, which could be traced back to the large wooden locks the ancient Egyptians built some 4,000 years ago. After receiving a patent for his design, Yale, Sr. went on to specialize in high-security bank locks, which he sold through the Yale Lock Shop he founded in Newport, NY, in 1847.

While his son Linus would one day go on to follow in his father's footsteps, the young Yale spent his early adulthood indulging his interest in painting, hoping one day to become a respected portraitist. He gave up that dream in 1850 when Linus, Sr. died, and decided to go into the family business, first tending his father's lock shop then opening up his own in Shelburne Falls, MA.

Though artistic, Yale Jr. had a strong left-brained impulse to solve problems, and once he abandoned his dreams of being an artist, the mechanism by which traditional locks are opened became his major preoccupation. Troubled by the vulnerability of lock keyholes, which could be easily breached by pick- or explosive-wielding thieves, Yale invented an alternative design in 1851, which he called the "Yale Infallible Bank Lock" for safes and vaults. The enhanced security Yale's lock provided was a combination that could be created by its owner and a keyhole that was embedded within the door behind a protective steel plate.

For the next several years, Yale continued to focus on making the locks that opened by key safer, until he eventually found a way to do away with the key altogether, and the combination lock was born.

Though Yale's design picked up where his father's pin and tumbler design left off, his scheme incorporated a smaller, flat key with serrated edges, that, when inserted, would move two internal sets of pins into the right position so that when the key was turned, the lock would open. Yale received patents for this design in 1865, ultimately arriving at his most important invention, the Yale cylinder lock, which would revolutionize the lock industry. He was responsible for a number of other lock innovations, including improvements to the clock lock, and he went on to receive the patent for the double combination lock.

In October 1868, he threw his full weight behind cylinder locks, joining forces with Henry Robinson Towne, his partner in the Yale Lock Manufacturing Company, which they founded in Stamford, CT. Yale died on Christmas day just two months later. Though he would he would not live to see his company past its start-up, Linus Yale fulfilled an inventive vision that would propel the Yale Lock Manufacturing Company from one that employed just 35 people at its outset to a global concern with more than 12,000 employees.

Yale received patents for this design in 1865, ultimately arriving at his most important invention, the Yale cylinder lock, which would revolutionize the lock industry.