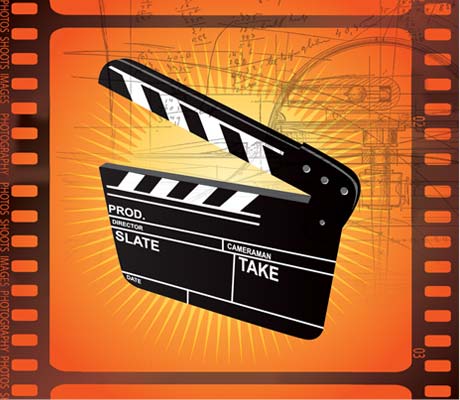 Hopper Engineering has been through it all: World War II, spies, Transformers (the robotic, larger-than-a-building kind). Just another day at the office for this Redondo Beach, CA-based engineering firm, which has been in the film business since the 1980s. Hollywood may seem an odd destination for an engineer, but it isn't.

"Most of what we do is structural," says Wes Brown, a principal of the company. "The use of hydraulics to move gimbals, which might have a ship on it, to simulate rocking and rolling in the ocean … With The Avengers, we worked in the city of Cleveland to blow up a bunch of cars and power them into the air through mechanical flipping that's off a parking structure going stories up."

Much of the equipment and concept comes from the film crew themselves, Brown says. "The special effects department usually has an idea of what they want to do—we expand on it and we determine how much force will be necessary to move a structure at the rate of speed they want. It's how much force from a structural point of view will move this structure with a rotation of 25 degrees in two seconds …. And they always want it right away."

Safety is also critical so they design the steel and brackets to hold all mechanical devices using code requirements, Brown says, "It's 'Work as fast as we can to get results and make sure no one is injured,'" he says. "If they don't come to us in time to do it [safely], that's not our fault. We do a lot of repeat business with special effects people so they're beginning to understand the engineering timeframe."

With computer-generated graphics, the job of the engineer will change, but Brown says there are always directors who feel the computer can't do everything or only part of a scene. Take Michael Bay, for example.

"In Pearl Harbor, the USS Oklahoma gets hit on the side by a torpedo and capsizes—sailors sliding off the deck as the boat rotates," Brown says. "We did a gimbal that rotates part of the ship in the movie but it was combined with computer graphics. It looks like the whole ship is going under but only from the first turret is us."

Brown admits that some special effects workers on movie crews would rather not have an engineer at all but they're valued because of the liability that exists without them, not to mention the comfort level they give those higher up. "Special effects has smart people but there are those who still want to know what an engineer thinks just to be safe," he says.

And you can hear just a little satisfaction in his voice as he explains the company's role in the film business. Asking Brown how much fun it really is, he replies: "I worked in petrochemicals for 20 years and no one wanted to know I did work for refineries. Now everyone thinks I have the best job in the world. I agree with them!"

I worked in petrochemicals for 20 years and no one wanted to know I did work for refineries. Now everyone thinks I have the best job in the world. I agree with them!Wes Brown, Principal, Cooper Engineering