After seeing the movie “Big,” young Jeffrey Harry got hooked. He wanted to be just like Josh Baskin, the 12-year-old main character who gets his wish of immediately becoming an adult (played by Tom Hanks) and then lands a dream job of coming up with proposals for new toys.

Harry didn’t become an instant adult, but he did begin submitting a steady stream of ideas for new toys to America’s toy makers. When he was in high school, one toymaker suggested that if he wanted to be a toy designer, he should study mechanical engineering.

Our goal is to spark the curiosity in kids to be interested in how things work and allow that curiosity to take them in whatever direction they choose. In the process, we create some engineers.Jeffrey Harry, Play-Well TEKnologies 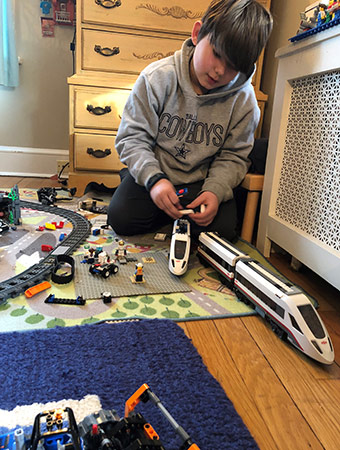 And that’s what he did, earning a degree in mechanical engineering at Tufts University at a time when the college was test piloting Lego products as educational tools. Today, Harry is paying it forward as vice president of marketing and fun of Play-Well TEKnologies, which runs project-based classes for children designed to teach principles and methods of engineering using Lego construction pieces.

“Our goal is to spark the curiosity in kids to be interested in how things work and allow that curiosity to take them in whatever direction they choose,” Harry says. “In the process, we create some engineers, especially since we have been doing it now for 20 years.”

For You: 12 Skills You Need to Advance an Engineering Career

The Play-Well curriculum builds on STEM skills that students learn in school. They can be incorporated during a school day, offered as an after-school activity or in the summer as a camp program, presented as a series of workshops, or even be a birthday party activity.

“We are trying to get them to think I want to do this. How do I do it?,” Harry says. “The idea is how do we make it super fun for them to be solving the next problem.”

Fun was exactly how nine-year-old Logan Ingulli described his experience at a one-week summer program at the Darien (Connecticut) library, where he built a race car and then raced it. As the program intends, Logan didn’t know he was learning about engineering, he just knew it was fun.

“They explained the names of the different Lego pieces and teach you how to build something,” Logan says. “I’d take another class because it’s so much fun.”

The curriculum is designed by engineers and presented by instructors trained in the Play-Well method, which involves reviewing basic engineering concepts, mechanisms, and how they apply to Play-Well’s core projects. Equally important is training instructors in teaching in a way that’s really exciting for the kids.

“We put everything into stories, ones that the kids get excited about,” Harry says.

Read Part 2 to learn more about Play-Well’s curriculum and concepts.