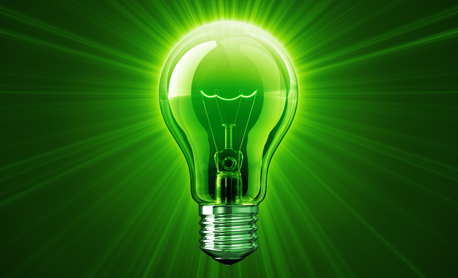 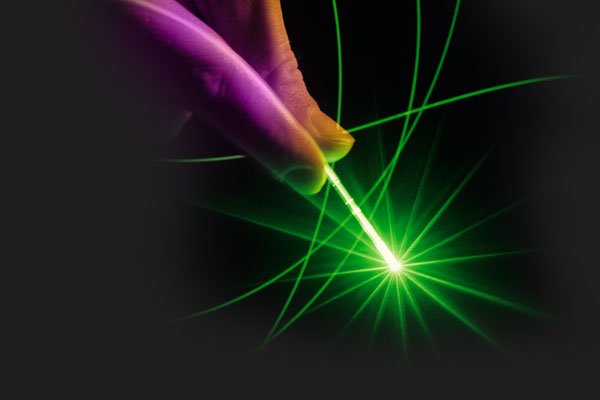 Note: A parent should always be present—both physically and mentally—when the children are conducting any science experiment at home. Even the simplest experiments have major potential for trouble if done wrong.

A laser controls the way energized atoms release photons and work by focusing the light energy into a narrow beam; mirrors are used inside the laser device to make the photons bounce off each other and charge up. Light particles from a regular or incandescent bulb are not concentrated and they scatter out in all directions. Although light energy will behave in the same way whether it comes from a light bulb or a laser, the concentration of light in the beam of the laser will allow you to see how light waves work. 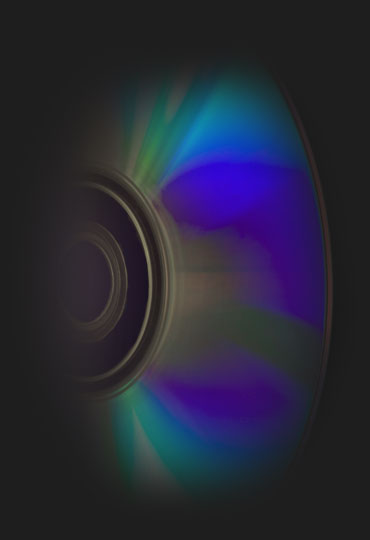 When a light wave reaches a boundary, like the wall of a container or a piece of glass, it will bend. This is called refraction. When a beam exits on the other side of the boundary (We call this the pass-through beam), the angle will be different depending on the characteristics of the boundary, such as its thickness, smoothness and transparency.

Before we start experimenting, you'll need eye protection that will shade your eyes, so use large-frame sunglasses or tinted UV ski goggles. Even with that protection, though, don’t shine a laser beam into your eyes or the eyes of anyone else. Another note: Use keychain-type lasers from a toy or discount store. Green lasers sold in astronomy stores are too dangerous for the eyes.

Here are a few experiments you can try. Once you have set up the experiment, darken the room as much as possible.

Plastic Bottle Beam. Fill a clean plastic water or soda bottle with water and add a sprinkle of cornstarch. Turn down the lights and turn on your laser, aiming the beam through the bottle. Do you see the beam in the bottle? Can you find the reflection beam and the pass-through beam?

Light Bulb Glow. In the dark, aim your laser at a frosted incandescent light bulb. The bulb will glow and have several internal reflections! 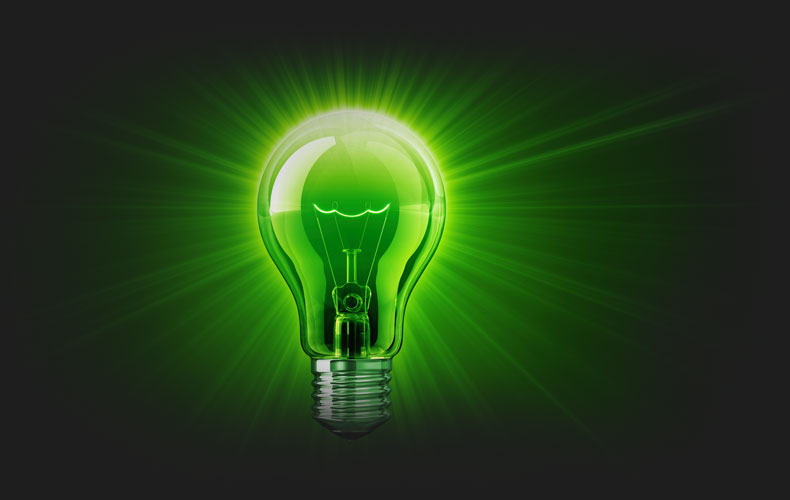 Reuse Old CDs. Shine your beam over the surface of an old CD or DVD. You should see between five and 13 reflections off the surface, depending on where you shine the laser, how many scratches there are on the surface and how good your "seeing" conditions are.

Different Glassware Types. Pass the laser beam through objects such as wine glasses or clear glass vases. How does the beam pass through differently between plastic and glass, smooth and multifaceted surfaces? Can you find the pass-through beam as well as a reflected beam?

Characteristics of Lenses. If you have an old pair of eyeglasses, pop out the lenses. Direct the beam through one lens. Try it at several places on the lens and see how light passes through parts that are thicker, thinner and angled. Take the second lens and line it up a few inches away from the first to see how the light wave bends.