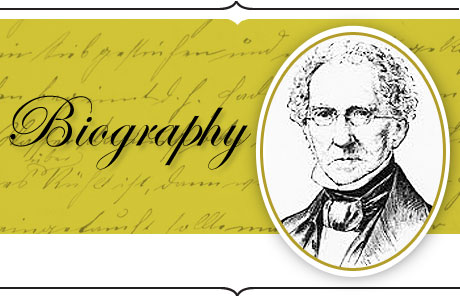 By the time Josiah Hornblower (1729 – 1809), the man who built the first American steam engine, was born in Staffordshire, England, in 1729, his father, Joseph Hornblower, was already a pioneer in the field of steam-engine construction. The elder Hornblower travelled to Cornwall, England, in 1725 to assist blacksmith-inventor Thomas Newcomen with the erection of his atmospheric steam engine at the Wheal Rose mine. Newcomen's engines (then called fire engines) were used in the coal mines of England's Black Country and the tin mines of Cornwall, pits in the earth too deep to be reached by horse power where miners often labored waist-deep in the cold water that filled the recesses that contained the coal.

Into this world of innovation and industry, Josiah came of age. As a youth, he quickly learned mathematics and the engineering his father taught him and his brother Joseph. Both of the brothers went on to careers building steam engines, heavily influenced by their father's work with Newcomen, who built the first atmospheric steam engine in 1712 near Dudley Castle in Staffordshire. Combining Devon engineer Thomas Savery's vacuum pump technology with a cylinder and vertical piston, Newcomen's steam engine used boiler-supplied steam, which condensed when the cylinder sent cold water upward, to create a vacuum. Atmospheric pressure would then force the piston downward, pull on the end of the beam it was connected to above, which then tilted the long vertical pump rods, penetrating the shaft upward to power the pumps that removed the water.

Newcomen, an ironmonger who unlike the scientists and engineers of his day had no formal scholarly training, made a good professional match with Joseph Hornblower, a self-made religious man who passed on the practical know-how he gleaned from building Newcomen's engines to his sons, both of whom entered the family business. When the elder, Jonathan, an esteemed mechanical engineer, was hired in 1745 to supervise the erection of a steam engine at a Cornwall mine, he took Josiah, then 16, along as an apprentice.

But it was across the Atlantic that Josiah made his mark. The Schuyler family, owners of the Schuyler Copper Mine in Belleville, NJ, built in 1719 and said to be the oldest mine in America, ordered a Newcomen steam engine from Jonathan. Josiah was tapped to deliver the parts then build what would become the first steam engine in the New World.

Josiah arrived in New York after a treacherous 12-week voyage on September 9, 1753, and proceeded to Schuyler's Second River Mine, where, lacking experienced workers, he struggled for some time to get the engine up and running. In all, it took nearly a year and a half, which, as it turned out, was not long enough for the memory of his horrible crossing to fade. That wretched 12-week ordeal, an offer from Colonel Schuyler to supervise his copper mine—and the charms of the beautiful Elizabeth Kingsland, daughter of Schuyler's neighbor Colonel William Kingsland, ultimately induced him to stay and settle in Belleville.

Complementing Josiah's engineering acumen was a gift for public service, which ultimately made him a venerated member of the Belleville community. In addition to his work at the mine, and a general store he opened in town, Josiah began a career in public service, working as a clerk in town meetings. When New Jersey established a Revolutionary government, he was elected to the state's Assembly in 1779 and again in 1780, when he served as Speaker. Over the next four years he was tapped to represent Essex County in the Council. In 1785, Josiah was selected as a delegate to the Continental Congress, where he served one year before retiring from public life.

He returned to focus full time on running the mine, where during the Revolutionary War, the steam engine, which had been damaged by a 1768 fire, had lain dormant. Hornblower got it working again. In 1794, he built an ore-stamping mill, the first to operate in the U.S., to take the commercial grade ore extracted from the mine and crush it for further processing. The mill was established outside Belleville, where the mine's current owners, Messrs Roosevelt, Mark, and Schuyler, also built a foundry and a machine shop. There, the first steam engine to be made in America was built, based on the scheme of Newcomen that Hornblower brought with him.

Ending a long and productive life, Josiah Hornblower died in Newark, NJ, in 1809. He is buried in the yard of the Dutch Reformed Church of Belleville. In 1994 Congress designated Belleville "The Birthplace of the American Industrial Revolution," by virtue of the fact the first steam engine was built in the Roosevelt-Mark-Schuyler foundry from Hornblower's designs.

In addition to his work at the mine, and a general store he opened in town, Josiah began a career in public service, working as a clerk in town meetings.