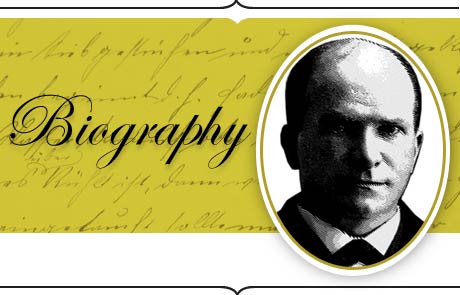 In the annals of aviation, most everyone knows the Wright Brothers, and Charles Lindbergh will always be the famed "Lucky Lindy." But John Joseph Montgomery (1858–1911) is not a name that quickly comes to most minds, yet he paid the ultimate price for his flying endeavors. Having performed the first controlled airborne human flight in a heavier-than-air craft in 1883—roughly 20 years before the Wright Brothers' successful and hallowed flight—Montgomery was one of the earliest achievers in the attempt to create a consistent flying machine.

According to a site from Montash University, "His initial research into the laws of flight was based on a study of birds and tests of models. He is reported to have made and tested his first full-scale glider in 1883 and to have manned it on runs down a long slope in Otay, CA. During those runs, on the testimony of his brother James, who pulled the launching line, John was lifted from the ground. He continued to design and test gliders, using curved wings, a stabilizing tailplane, and efforts at control by manipulating wires which extended laterally to brace the wings."

Santa Clara College's mechanical engineering site claims Alexander Graham Bell paid this high compliment, assessing, "All subsequent attempts in aviation must begin with the Montgomery machine." In fact, Montgomery, once a student at Santa Clara, became a physics professor at the school in 1896, performing some of his experiments on campus, according to their mechanical engineering site. He previously was a professor at Mount St. Joseph's College, teaching mathematics and science.

According to Wilbur and Orville: A Biography of the Wright Brothers, by Fred Howard, Montgomery continued to gain notoriety in the 20th century's first decade. Creating gliders that could be launched from balloons—Montgomery estimated from as high as 4,000 feet—several attempts piloted by parachutist Daniel Maloney went well. But on April 29, 1905, the glider went out of control, resulting in Maloney's death 30 minutes later. According to the book, Montgomery claimed Maloney said the rope was to blame, but it was not confirmed as the cause.

According to the National Aviation Museum's website, the incident set Montgomery back for six years but then he forged ahead, eventually leading to a sad ending. "He designed a glider having a main wing, fixed fin and tailplane, four-wheeled undercarriage, underslung seat, and a spectacle-form of control handle. From a rolling takeoff at the crest of a hill near Evergreen, California, he made more than fifty glides, following generally the contour of the slope. During his final glide, October 31, 1911, he is reported to have experienced dizziness as he made a rough landing, and the glider turned partly over. Montgomery's head struck against a protruding bolt, penetrating his brain. Montgomery died shortly thereafter."

Today, there is an airport named for him not far from where he tested his gliders. A film about his life, Gallant Journey, was released in 1946 starring Glenn Ford.

All subsequent attempts in aviation must begin with the Montgomery machine.Alexander Graham Bell