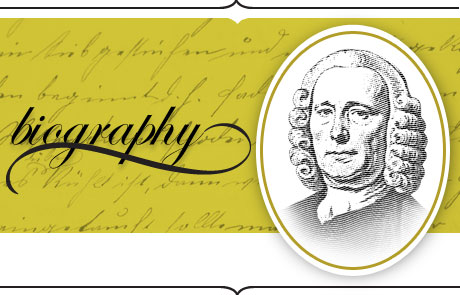 John Harrison (1693 – 1776), English inventor and horologist, or clockmaker, overcame one of the most challenging problems of the 18th century: how to determine the longitude of a ship at sea, saving many lives. In so doing, he had to defy the establishment, fight to collect a huge prize offered by Parliament, and wait for decades before receiving the recognition he deserved.

Biographers say Harrison's fascination with watches, clocks, and other timepieces can be traced to age six when he was sick with smallpox, and he entertained himself with a watch his parents placed on his pillow. Watches in those days were very large, and while not very accurate, their works were visible and one could see a relationship between the loud ticking and the watch's mechanical action.

Although a carpenter by trade, Harrison's father occasionally repaired clocks, and young John assisted his father in his work as soon as he was old enough. As he grew older, Harrison combined his interest in woodworking and timepieces to begin building clocks and completed his first longcase clock, more commonly called a grandfather clock, in 1713 at the age of 20. It was just a year later that Parliament offered a prize of 20,000 pounds to calculate a ship's precise longitude at sea. Harrison decided to go for it.

Sailors knew the principle of calculating longitude: that for every 15 degrees travelled eastward, the local time moved forward one hour. If they had the local time at two points on Earth, they knew they could use the difference to calculate longitude. While they could measure the local time by observing the sun, they didn't have a reference point such as Greenwich time. This was because the only clocks at the time were pendulum clocks, which quickly became inaccurate by the ship's constant motion and temperature changes. Thus, the top prize was enormous because the problem seemed impossible to solve.

Astronomers always thought the solution would come from mapping objects in the sky. But Harrison thought there was a mechanical answer, one that would meet the strict criteria of keeping a ship within half a degree of longitude on a voyage from England to the West Indies. That would mean the timepiece had to stay accurate within 2.8 seconds a day, a huge challenge considering temperature changes and the ship's motion.

He first began work on a land clock much more accurate than any other of the day. Much of the design was conventional, with most parts made of wood and some metal. However, he revolutionized one aspect by eliminating the need for lubricating oil that was often the main reason for clock failure. Oils dried out in summer and became thick in cold temperatures.

Meanwhile, working with his younger brother James, in 1720 he was commissioned to design and build a clock tower by wealthy landowner Sir Charles Pelham for the family's estate. With this clock, he made some major design changes that enhanced the stability of the clock. The two brothers continued to design a series of high-precision grandfather clocks that included innovations such as a pendulum rod made of alternate wires of brass and steel, which eliminated the problem of the pendulum's effective length increasing in warmer weather, slowing the clock.

Satisfied with the exceptional performance of his land clocks, Harrison around 1730 began working on a sea clock and over a period of 20 years produced a series of timekeepers, now referred to as H1, H2, and H3, that were large clocks with special balance mechanisms, compensating for the ship's motion. Harrison's work was so highly regarded by the Royal Society, the U.K.'s learned science organization, that in 1749 he was awarded the prestigious Copley Medal, the Society's premier award. However, none of his clocks were accurate enough to satisfy the conditions to win the top prize.

Finally, after 40 years of work, he produced H4, a timepiece that resembled a large pocket watch. This clock not only met the requirements for Parliament's top prize in a trial but greatly exceeded them. However, for various reasons including that members wanted to win the prize themselves, the Royal Society, which administered the prize money, awarded only a portion of the money and asked for more tests. When the clock did even better, they doled out another portion of the money. But it took the intervention of King George III to get Harrison his full reward and recognition, some 12 years after the horologist had fulfilled the original conditions. Harrison was then 80 years old.

He had spent his entire life solving a tough problem, but in the end, it was an accomplishment that significantly benefited the entire world and particularly the field of maritime navigation.

A year later …Parliament offered a prize of 20,000 pounds to calculate a ship's precise longitude at sea. Harrison decided to go for it.