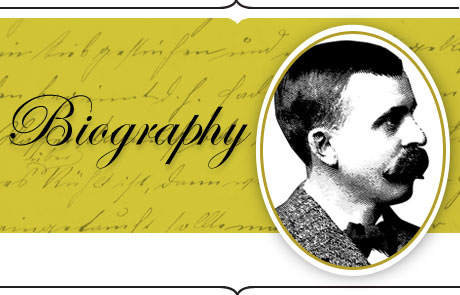 One of the great reforms in the history of industrial health and safety was championed not by a physician or lawmaker but by a mechanical engineer.

Machinist John George Leyner revolutionized the mining industry with a series of novel rock drills produced around the turn of the 20th century. His drills not only worked better than earlier tools but also dramatically reduced one of the most dreaded occupational diseases affecting miners – silicosis, or miner's lung.

Linked to the inhalation of rock dust created by conventional drilling and rock-breaking techniques, silicosis often meant a slow and agonizing death for exposed miners. The condition has been recognized since ancient times, when most of the world's mining was done by slaves and prisoners. By 1700, when the first treatise on occupational health was published, miner's lung was a well-documented phenomenon. It became a public health issue only after the industrial revolution inspired companies to dig deeper mines and hire more working-class men willing to risk death for a steady wage.

It's possible Leyner had worker safety in mind with his novel hammer drill design – after all, he himself knew something of industrial-age hazards from losing an eye in a youthful mishap with dynamite. But with business acumen as sharp as any drill, Leyner was above all about outselling his competition. And that he did.

Leyner was born in the right place at the right time with the right inborn talents to make a difference in his profession. He was born to a German immigrant father and Pennsylvania Dutch mother in 1860 in the heart of Colorado mining country. Mechanization and the increased need for ores and minerals was driving settlement and expansion in the American West.

Leyner's formal schooling ended by eighth grade, but his education in the weaknesses of drilling equipment continued into his 30s as the operator of a busy machine shop repairing equipment for the local mining industry around Denver. He saw the need for a lightweight, fast, and powerful drill that could break through rock far faster than the dominant piston-driven models. He created his first drill in 1896 and 1897, and then took the technology one step further by adding the ability to blast rock casting away from the drilling area with compressed air.

Productive it may have been, but miners would not use the drill after seeing the billowing cloud of potentially hazardous particulate matter the machine created. Leyner went back to his shop to develop what would become his signature breakthrough.

By devising a method to fabricate a hollow steel drill bit, Leyner was able to channel a stream of water as well as compressed air through the steel and directly to the point of contact with the rock face. This process converted hazardous rock castings and dust into cool, harmless mud. It was a major victory against the conditions that gave rise to lung disease, and miners embraced it immediately. Leyner's exclusive patents on the process would make him rich. So game-changing was the Leyner water-flushed drill that many mining states soon banned dry mining techniques.

Business thrived and he was soon enticed to move his growing Leyner Engineering Works Company to nearby Littleton, where it employed nearly 170 workers in a nine-building complex.

Top honors for Leyner's equipment at the 1904 St. Louis World's Fair generated worldwide fame. By 1912, heavy equipment giant Ingersoll-Rand became Leyner's sole distributor and manufacturer of rock drills under his patents. The agreement ensured him of significant wealth while freeing his adventurous mind for other endeavors in agricultural equipment, food processing, and other industries in which he perceived a need.

Leyner died tragically in 1920 from injuries incurred in a traffic accident caused when he swerved his car to avoid a horse-drawn cart – a rare instance in Leyner's life and career when old technology would prevail over mechanized progress.

So game-changing was the Leyner water-flushed drill that many mining states soon banned dry mining techniques.

About ASME Oil and Gas Extraction