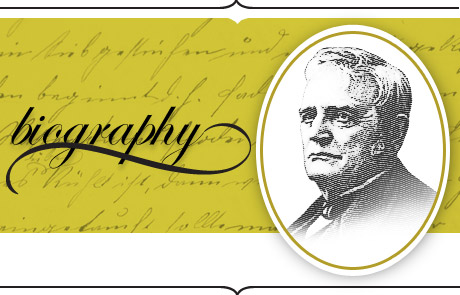 Breaking dirt was no small task. Not in Illinois. Not in the middle of the nineteenth century. Farmers from the northeast, lured there by the seeming ease of flat, tree-less land, soon found that their wood and iron plows fought the ground more than they sliced through it. The same tools in the sandy soil of the east had been more of a knife-through-butter thing. Newly "midwesterened" farmers had to resort to the "prairie breaker," a 125-pound beast requiring as many as seven oxen to drag it through the tough, blue-stem grass-studded dirt. Even with such a beast and beasts at their service, they could cut no deeper than two inches into the earth and were lucky to plow eight acres a season.

Lucky for them, a Vermonter blacksmith was hot on their tails.

John Deere had uprooted his family and shop five times, had his shop burned down twice. In 1835, unable to pay back a debt of $78.76, he was arrested. Rather than face the risk of debtors prison, he paid his bail, left his wife and five children with the promise to call for them when he could, and headed west in the hopes of capitalizing on the burgeoning Illinois farm scene.

Deere was struck by the difficulty of plowing the new land. Farmers followed their plows with a wooden paddle to scrape off the sticky, loamy dirt every few feet. The plows were unable to leave the nice furrows Deere had seen in Vermont.

While visiting a mill in Grand Detour in 1837 Deere saw another cutting implement—a saw. With its owner's permission, he took the blade back to his shop. There he cut off the teeth, molded it to the leading edge of an iron plow, gave it a polish, and set it aside for a few days.

Once it hit dirt, though, the steel plowshare became as necessary as water. It needed half the animals of a prairie breaker and cut deeper. The first price tag was $7. Thanks to the zing it made as it sliced soil, it became known as the singing plow.

Deere did not realize at first that the plow would revolutionize his own business and that of the farmers, that his tinkering would lead to farming on a mass scale, and to his title of "Plow King." He made few additional plows that year, only 10 in 1839. In 1840 he made 40, in 1840, he made 75, and in 1841, he made 100. By 1848, though, Deere had set up a plow-making shop, imported his family, and settled the Vermont debt from which he'd run. The following year he produced more than 2,000 plows.

Deere never stopped trying innovate and improve his plow—much to the annoyance of his partners over the years, who wanted to settle in and turn a buck as much as a furrow. Before long, the soil would curl right off a Deere plow, sharpening the plowshare as it did so.

With business as booming as that, it was inevitable that Deere would have to battle imitators, reverse engineers, and veritable bootleggers. Candee, Swan & Co., for instance, set up shop in Moline in 1866. They produced a nearly identical catalog and had a nearly identical trademark, with the same shape, typeface, design, and "Moline, Ill." at the bottom. Deere lost the case against them largely thanks to a previous employee who testified that nearly every one of Deere's own innovations had been borrowed in some way from others. And his trademark had not been officially trademarked. But the world owes its green, deer-bedecked John Deere caps to this defeat. Intent on distinguishing his own company from competitors, Deere had his logo redesigned to include the now ubiquitous stag (originally on the descent after a leap over a log, rather than the upward, bounding deer we know today).

With the title of Plow King it was perhaps inevitable that Deere would wield his power in politics. In 1854 he was chair of the Whig county convention. He was also fiercely abolitionist and held that the end of slavery was of greater import than any other cause his party might back. He led a group to break up a pro-slavery gathering of democrats with "yelling, hooting, and bellowing," as reported by a Democratic paper. He also started Moline's first fire department, organized its first bank, and served two years as mayor.

John Deere died in 1886, at the age of 82. Some 4,000 people came to pay their respects before his body was lowered into the earth that he was so adept at parting.

With business booming, it was inevitable that Deere would have to battle imitators, reverse engineers, and veritable bootleggers.