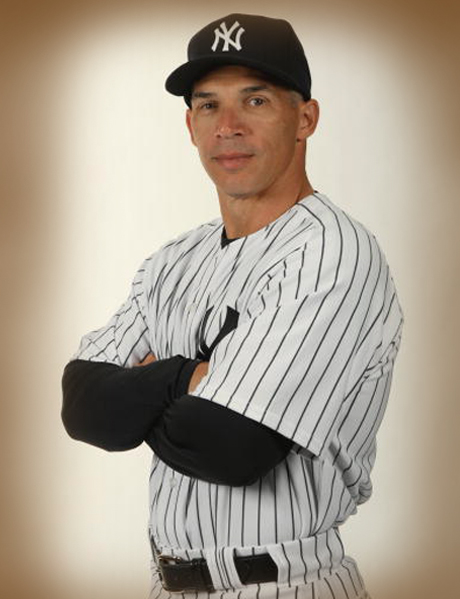 Alfred Hitchcock. Charles Lindbergh. Bill Nye the Science Guy. Each started out to become a mechanical engineer but ended up making his true mark in a different field.

Baseball fans have long idolized Girardi for his 15 remarkable seasons as an All-Star catcher with the Chicago Cubs, Colorado Rockies, St. Louis Cardinals, and Yankees. After his playing days, he got involved in sports broadcasting and briefly managed the Florida Marlins before taking on one of the most challenging assignments in major league baseball—following in the footsteps of legendary Yankees manager Joe Torre.

But before all that, Girardi was an aspiring industrial engineering student at Northwestern University’s McCormick School of Engineering and Management, balancing a heavy academic load with a budding career on the diamond.

In 2007, the school recognized him with its distinguished alumni award. In his award address, he explained how his academic background has contributed to his career success in baseball.

“You think about industrial engineers as problem solvers. In baseball, that's what you do. Situations come up all the time where you use the skills you’ve learned to solve problems. You figure out how to make systems run better and be more efficient, and really that’s what you’re trying to do as a manager,” he told interviewers.

As a catcher, he had to calculate a pitcher’s strength and a batter’s weakness in order to succeed. “They give you so many statistics in baseball today that some players become paralyzed, but I loved it,” he said.

Fans and critics alike recognize Girardi’s knack for applying engineering-like principles of statistics and problem-solving to the execution of a ball game. Following some controversial decisions in the 2009 playoffs, the online magazine Slate dubbed him “too smart for his own good.”

But that’s not quite how Girardi sees it. “I love numbers,” he told the Harvard Business Review. “You can never give me too many numbers. I believe they tell a story, if you have a large enough sample.”

However, he cautioned, “If you think too much, you fail, because the game happens too quickly. The key is preparation. You tell the player, ‘Here’s the information—now go play.’ The data has to become instinctual. You can’t think about it in the middle of a pitch.”

At Northwestern, Girardi honed his numerical talents under statistics professor Ajit Tamhane. “Joe has had a fantastic career,” Tamhane says today. “He exemplifies our talented alumni body, many of whom have gone on to pursue diverse career paths and achieved great success in their fields.”

But did they really leave engineering behind?

Hitchcock’s career was distinguished by technical genius. Lindbergh’s determination and problem-solving skills carried him solo across the Atlantic. Nye’s communication skills help people of all ages understand complex science and engineering concepts. Girardi’s information-driven style helps reduce the power of serendipity over the outcome of a game.

Each in his own way has advanced his profession while enriching countless lives. And isn’t that what engineering is all about?

You think about industrial engineers as problem solvers. In baseball, that's what you do. Situations come up all the time where you use the skills you’ve learned to solve problems.Joe Girardi, manager, New York Yankees