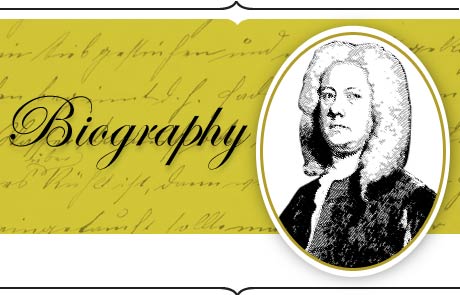 While a British rock band made his name famous nearly 300 years after his birth, Jethro Tull (1664 – 1741) was renowned in his own right as an agricultural pioneer and the inventor of the seed drill, the horse drawn hoe, and an improved plough, all major developments in the 18th century agricultural revolution, a period marked by rapid advancements in agricultural productivity and developments in farming technology.

Tull was born in Basildon, Berkshire, England in 1664. He studied law and graduated from Oxford University in 1699. Although he was admitted to the bar in the same year, he never practiced law. Tull began farming on his father's land in 1700 and took great interest in agricultural processes.

At the time, farmers typically planted crop seeds by carrying the seeds in a bag and walking up and down the field while randomly throwing or broadcasting the seed by hand on to the ploughed and harrowed ground. Tull deemed the method inefficient as the seed was not distributed evenly and much of it was wasted and did not take root.

In 1701, Tull developed a horse-drawn mechanical seed drill. The drill incorporated a rotating cylinder in which grooves were cut to allow seed to pass from a hopper above to a funnel below. The seeds were then directed into a channel dug by a plough at the front of the machine, and immediately covered by a harrow attached to the rear. Planting the seeds at regular intervals, at a consistent depth, and in a straight line limited waste and dramatically increased harvest yields. According to Royal Berkshire History, Tull said of his invention, "It was named a drill because when farmers used to sow their beans and peas into channels or furrows by hand, they called that action drilling." Tull's improved drilling method allowed farmers to sow three rows of seeds simultaneously.

Tull took further scientific interest in plant nourishment. He correctly theorized that plants should be more widely spaced and the soil around them thoroughly broken down during growth. He further theorized that plants surrounded by loose soil would grow better not only during sowing, but in the early stages of growth as well.

Tull's theory, however, was based upon a fundamental error. He believed that the nourishment which the plant took from the earth was in the form of minute particles of soil. He did not believe that animal manure, which was commonly used as fertilizer, provided the plant with nourishment, but rather it provided a fermentative action in breaking up the soil particles. He saw no additional value in manure. He was highly criticized for this belief.

In 1709, he moved to a parcel of inherited land in Hungerford, called Prosperous Farm, where he continued his novel farming methods. In 1711, a pulmonary disorder sent him to Europe in search of treatment and a cure. While traveling, he noted the cultivation methods employed in the vineyards in the Languedoc area of France and in Italy, where it was usual practice to hoe the ground between the vines rather than manuring. On returning to Prosperous in 1714, he applied the same practice on his fields of grain and root crops.

Tull's crops were sown in widely spaced rows to allow the horse, drawing the hoe, to walk without damaging the plants, while enabling tillage to the soil during most of the period of growth. This ongoing cultivation of the soil while the plant was growing was the central point of Tull's theory and the practice continues today. He believed that the cultivation of the soil released nutrients and reduced the need for manure. While apparently successful – he grew wheat in the same field for 13 successive years without manuring – some believe that is more likely that the technique succeeded because it simply prevented weeds from overcrowding and competing with the seed.

At the time, there was much skepticism toward Tull's ideas. His seed drill was not immediately popular in England, although it was quickly adopted by the colonists in New England. In 1731, Jethro Tull published "The New Horse Houghing Husbandry: or, an Essay on the Principles of Tillage and Vegetation." The book caused great controversy and his theories fell into disrepute, particularly his opinion on the value of manure for plant growth.

Although Tull laid the foundations for modern techniques of sowing and cultivation, a hundred years passed before his seed-drill displaced the ancient method of hand broadcasting the seed. While several other mechanical seed drills had also been invented, Tull's rotary system was a major influence on the agricultural revolution and its impact can still be seen in today's methods and machinery. His seed drill was improved in 1782 by adding gears to the distribution mechanism.

Tull died in the village where he was born in Shalbourne, Berkshire, England, on February 21, 1741, at the age of 67.