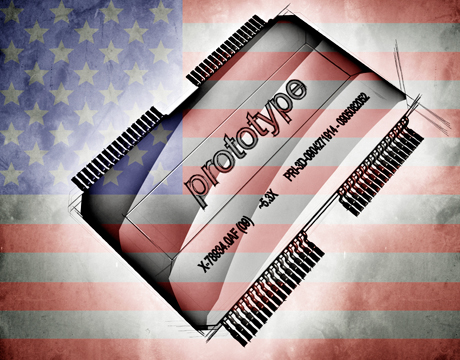 Invented in America, Scaled Up Overseas

by Elisabeth B. Reynolds and Hiram Samel

The United States is synonymous with innovation. Many of the new century's core technologies—from semiconductors and flat panel displays to biomedical devices and photonics—were invented in the States. Yet today, many of these products are manufactured elsewhere. This is especially true when small, entrepreneurial firms develop complex, innovative technologies.

Over the past 30 years, powered by the rise in venture capital, startups have played an increasingly important role in transforming laboratory innovations into marketable products. Yet, after years of refining prototypes and perfecting pilot plants, advanced manufacturing startups frequently look overseas when it comes time to scale up for commercial production.

There are several reasons why. First, there is financing. The United States has an entrepreneurial culture and robust capital markets. After Israel, we lead the world in venture capital as a percentage of gross domestic product. This is a good place to launch innovative ideas.

Yet many investors, particularly venture capitalists, want to exit their investment within about seven years. Software startups often fit that time frame. If the venture is successful, investors can achieve quick returns, and occasionally generate enormous profits. They may invest heavily in people, but need little in the way of physical capital.

Manufacturing is different. It usually takes more time and money to develop workable prototypes and the production processes to build them. Then manufacturers must raise even greater sums to reach commercial production. Rather than raise more capital in the face of continuing technological and market risk, many investors prefer to sell the business for a profit.

Second, manufacturing startups often require help scaling up their complex production processes. While some companies seek high volumes and low costs, many others make low-volume products that require highly sophisticated and expensive production systems. This requires skills and know-how learned only by developing new processes at scale. Many countries and regions, particularly in Asia, have expertise in this area.

When startups scale their manufacturing elsewhere, the United States loses more than a possible return on the research investment that made such breakthroughs possible. It also loses the skills and know-how, jobs, and investments that come with engaging with production at scale. More troubling, because the development of pioneering products and their production processes are so intimately entwined, the United States may be endangering its ability to innovate in the future.

We came to these preliminary conclusions by following the growth trajectories of 150 manufacturing firms based on MIT technology and founded between 1997 and 2008. These firms are arguably among the most likely advanced technology start-ups to succeed. They are at the technology frontier in their fields. By virtue of their connections to MIT and Massachusetts, they are part of one of the world's great innovation “ecosystems” for venture capital and other resources. Of course, these firms are not a representative sample of U.S. manufacturing startups. As a result, our results and conclusions are preliminary pending further study. Yet the very factors that set these 150 companies apart make them an important test of America’s ability to support innovative manufacturing. We believe our preliminary findings offer important insights into why so many American manufacturing startups locate their factories offshore.

Financing was a key factor for all of these companies. More than half our sample (82 companies) received venture capital, and raised a total of $4.7 billion. On average they raised $74 million, with 33 firms raising over $50 million each, and 14 more than $100 million.

They continued to raise funds for many years. After seven years, close to 40 percent of the firms were still raising funds. In fact, the average age of firms receiving venture capital was nine years. Only nine firms (eight biomedical companies and a battery maker,) raised funds through an initial public offering, which speaks to both the unique conditions that exist for biomedical companies and the decline in IPOs generally in the United States.

Most of the MIT 150 located in or near established innovation ecosystems, such as Boston, Silicon Valley, and Austin. These ecosystems provide specialized academic laboratories, skilled workers (particularly engineers), and business and technical capabilities, as well as experienced suppliers.

Another critical factor for growth was access to specialized skills, often across several disciplines. A strong network of suppliers, whether immediately near the company or a short flight away, can help with the early prototyping and pilot production. Because startups develop products and production processes iteratively, they are almost always more concerned about speed and quality than cost. Locating near suppliers lets them turn lessons learned into new prototypes and pilot lines faster.

Most startups face significant financial constraints as they try to scale. Limited funds must be used wisely to build a team, develop a new technology, and prove its viability before money runs out. Particularly for firms engaged in advanced manufacturing, the costs and know-how needed to build new facilities can be prohibitive.

Rather than funding every capability and resource needed to scale internally, many startups seek complementary assets from established firms. These might include specialized capabilities in production, distribution, or marketing. By partnering with a larger, more established firm, the startup saves money and can get its product to market faster.

Of course, young firms must walk a fine line when they do this. The most relevant complementary assets are usually owned by firms that have similar technologies or already serve a startup's target market. Those established businesses are potential competitors and have incentives to expropriate the inventors' technology.

Strategic partners often step in as a firm begins to demonstrate the viability of a new technology and prepares to build it at a commercial scale. This process can take several years and cost millions of dollars (hundreds of millions in the case of energy). For these reasons, we call this an “inflection band” in the development of the company (rather than an inflection point). It is critical in the firm’s growth. A large influx of capital is required as the company engages in learning by building as it develops the new product and process for a commercial market.

This iterative type of learning generates significant new capabilities and often occurs across company boundaries. It requires proximity and face-to-face interactions with team members, partners, early customers, and vendors. The tacit knowledge generated at this stage of development is very complex, often unwieldy, and not easily reduced to simple instruction. This makes it sticky, generally restricted to those who work with it most and hard to communicate over distances.

In the past, this stickiness often kept developing technologies from moving offshore. The tacit knowledge they created and shared took root in their local innovation ecosystem. This is still largely the case for the early prototyping and pilot production of new technologies. Yet improvements in communication technology and the increase in capabilities and resources abroad have made it easier to separate core research and development while moving the production processes, still in the development stage, somewhere else.

A majority of the companies we interviewed found the scale-up capital they needed from corporate investors. These included multinational companies interested in the technology and foreign governments interested in learning about specific technologies in order to build similar capabilities in their countries. Government capital, for example, has helped establish Singapore in biotechnology, Russia in nanotechnology, and China in clean energy.

These investors often can take a longer-term view and do not require the same returns sought by venture capitalists. This makes them an attractive financing option for growing firms. In addition, these partners may provide land, training, facilities, know-how, and other important resources.

Moreover, additional venture capital is less readily available at this point. As the CEO of an advanced materials company said, “Venture capitalists cannot make money on something that costs $100 million and takes at least 10 years to build. The technological risk is high and there is a high burn rate. They are much more comfortable with a software deal that will cost them $20 million. They have to pull away just [when the company] is trying to finalize the product and get it ready for commercial production.” His firm ultimately raised $40 million from a government investment fund in an emerging economy when he promised to locate some R&D and manufacturing there.

A surgical device manufacturer proved the exception to the rule. It had burned through $125 million in venture capital, yet management fought investors who wanted to sell. Instead, the firm raised funds through an IPO. As a senior executive at the company noted, “98 percent of the conversations in Silicon Valley are around an M&A exit, not an IPO.”

As a result of the relationship with these new investors, scaleup during the inflection band often occurs in the new partner’s country or production center. Startups are pulled overseas by the complementary assets provided by these new partners, or possibly by suppliers, or lead customers.

Innovation in the Long Run

Each of the firms we interviewed based the decision to develop technology abroad on what was best for the company and the investors. Yet taken together, their decisions represent a loss for the United States in terms of the knowledge, skills, and capabilities that come with commercialization.

Why does this matter? First, it deprives the United States of new learning. The country loses the knowledge, skills, and capabilities that come with this next stage of scaling, and this diminishes its ability to innovate—much less build to scale—in the future.

Second, it shifts the center of gravity for many industries further away from the United States. Those centers attract the top talent and most innovative technologies. This has implications for future growth.

Third, and most fundamentally, it limits the economic benefits—investments, research, jobs, and new businesses—that arise from manufacturing industries. It may require private and public intervention to preserve those capabilities in the United States.

This problem requires further research and analysis at a much larger scale. But we would like to raise four possible areas that might help to make the United States a more compelling location for scaling innovative production-oriented companies.

Create institutions and incentives that build capabilities for scaleup in this country.

Change the contours of market demand through federal and state procurement or standard setting.

Encourage firms to raise capital through IPOs, thus making them less reliant on outside funding.

This is an abridged version of the original article published in the November 2013 issue of Mechanical Engineering Magazine. Elisabeth R. Reynolds is executive director fo the MIT Industrial Performance Center. Hiram Samel is a university lecturer in international business in the Said Business School and the University of Oxford.

For Further Discussion
Most startups face significant financial constraints as they try to scale. Limited funds must be used wisely to build a team, develop a new technology, and prove its viability before money runs out.