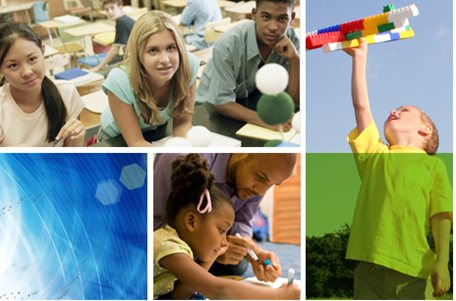 Educational websites, science and engineering fairs, robotics, and other competitions–there is a wealth of effort being put forth by industry, engineering organizations, educational institutions, and individual companies to encourage boys and girls from kindergarten through high school to consider engineering as a career.

If successful–and there are some signs they may be–they will help allay concerns of many who have long worried about both how the U.S. stacks up against other nations in the field of engineering as well as the shortage of engineering talent.

Accessibility to information on the Internet presented in an engaging way has enabled the industry to begin introducing engineering to younger and younger boys and girls. Coupled with more hands-on activities and events involving topics such as robotics, such access is making engineering more familiar field.

Even the Boy Scouts introduced a robotics merit badge, and the magazine Make runs the Maker Faire, a family event held in different cities each year that incorporates an engineering element for "makers" to show what they have made.

On some sites, youngsters can read about engineers' personal stories of how they made a decision to choose that field. On the website, Engineer Your Life, a young woman, Judy Lee, tells how she decided to go into engineering in high school but didn't decide on mechanical engineering until grad school, when she was inspired by a young Swedish engineer who designed children's products, which is exactly what Ms. Lee wanted to do. "Instantly this woman became my idol," she writes. The site is described as a guide to engineering for high school girls, and it's produced by a coalition of entities involved in engineering. The National Academy of Engineering sponsors a similar site, Engineer Girl, aimed at middle school girls.

A 2011 survey of 1,004 teens (aged 13-18) with computer access found that exposure to any facts about engineering leads more than half of teens to say they are more likely to consider engineering as a career.

The survey, commissioned by Intel Corp., indicated that a lack of knowledge of the profession is a significant barrier to getting American teenagers to pursue engineering careers. The information that helps them make the decision to consider engineering includes what engineers actually do and how much money they make.

The study also found that a majority of teens are influenced by understanding what engineers do, such as playing a role in rescuing the Chilean miners who were trapped in 2010, delivering clean water to poor communities in Africa, designing the protective pads worn by athletes, and constructing dams and levees that keep cities safe.

"The results of this survey show the importance of providing teens with opportunities to gain knowledge about engineering," said Intel CIO Diane Bryant. "We need to offer teens real world, hands-on engineering experience and interaction with engineers, like that found in robotics programs and science competitions, to improve the likelihood that they'll get hooked on the subject and pursue it in college."