How to Interview on Camera for a New Job

How to Interview on Camera for a New Job 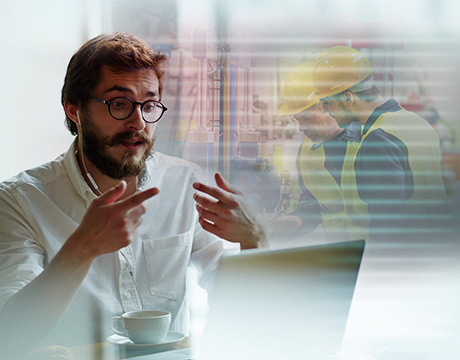 When interviewing for a new job, you have to be ready for anything. At the same time, though, you need to be able to relax and communicate, something that often is easier said than done. So what to do when a potential employer asks you to interview via video, something that can make even a seasoned veteran experience butterflies? And what if the video isn’t even a two-way chat, but one way?

The one-way camera interview is becoming a more common, and these days it is often the first step in the interviewing process. After logging in to an employer’s system, questions may be flashed on a screen to a prospective employee, with a time limit for each answer, all while the candidate does his or her best to look into the camera and answer coherently. In this format, the usual social queues we’re used to don’t exist. You can’t see the interviewer’s facial expressions, nods of agreement, etc. You need to have your wits about you.

With this in mind, here are a few tips for making a good impression in the video interview.

Start with one word: “Prepare,” says Daisy Swan, a Playa Vista, Calif.-based career coach who has consulted for many engineers. “Video offers its challenges, but remember that you can get used to it by going through practice runs and recording yourself. Get feedback from people you trust. You also have to remember that the same questions [as in face-to-faceinterviews] are often asked. Don’t let this seem more difficult than it is.”

More for You: Learn Interviewing Basics for Engineers

The impression you leave will be all the more important since you won’t be able to get points through the connection you might have in a back and forth conversation.

“Consider what’s behind you,” Swan says. “If there are any books you might not want everyone in the world to know you’re reading, having your bookshelf visible may not help. Also, some people don’t worry about what they’re wearing for pants since the camera frames you often above the waist. But what if you move or get something filmed in the moment?”

It can also help to make the view seem more office-like. For example, doing the interview from your bedroom can give off the vibe of being unprofessional. “As much as possible, treat this as if it were in an office,” she says

For your own self-evaluation, practice making eye contact on video. “You see where a newscaster doesn’t sometimes and how you can lose the audience,” Swan says. “The same applies here. They can turn the video off in thirty seconds.”

Also, listen closely to your voice in a dry run. A person can find themselves getting a little lazy and letting their energy subside when they’re alone, as opposed to when they’re in front of another person. Play back your practice video and ask if you’re coming away as energetic and determined, or dour and listless.

But in the end, whether filming a one-way or two-way video, have confidence and accept that this is the medium tyou have to deal with.

“Video can’t undo the experience, the knowledge, and the positivity you can bring,” Swan says. “Don’t get psyched out. Get locked in and believe in yourself.”

For Further Discussion
Video can’t undo the experience, the knowledge, and the positivity you can bring. Don’t get psyched out. Get locked in and believe in yourself. Daisy Swan, Career Coach