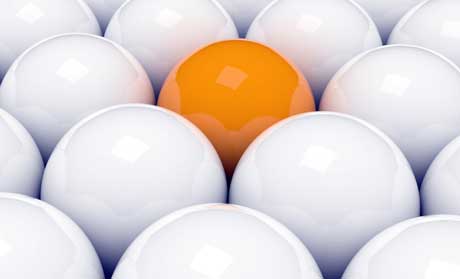 Inspiring Others to Ethical Action: When to Blow the Whistle

The 22nd anniversary of the Challenger disaster last January was especially somber for me. In my undergraduate days at the University of Buffalo, I was a fellow engineering student and resident hall advisor colleague of Greg Jarvis. Greg served as Payload Specialist on Challenger and lost his life in the tragedy. Many of you are now familiar with the story of how and why the launch went forward against the recommendation of engineers. Continually we are reminded that tough decisions must be made in the everyday activities of our chosen profession, which challenge our understanding and application of our Codes of Ethics and Codes of Professional Practice.

What is "whistleblowing?" The word presents dramatic images; the shrill sound of a whistle warning of danger or calling a halt to out of bounds actions. However, those are not the accurate images of the heroic actions of the engineer branded as a whistleblower during the investigation after the Challenger disaster. The tragedy he had warned against had already occurred and he gave his testimony in the face of opposing pressure from managers of his employer. Generally, the whistleblower’s action is forward-looking. The cognizant engineer’s account had implications for the redesign of future shuttles but served chiefly to explain how the technical and moral failure had occurred, and this post-accident visible disclosure helped put the report in the category of whistleblowing.

The warnings of the acknowledged whistleblower and some of his colleagues that were sounded during internal teleconferences before the launch were not advertised as whistleblowing. Why was that? It may be because the term is reserved for actions of disclosure when the witness steps outside the approved organizational boundaries to reveal a significant moral issue and the prelaunch warnings were actions within approved channels. Once the decision to launch had been made, continuing to oppose the launch would have been a violation of corporate procedures.

A second heroic colleague of the acknowledged whistleblower continued to argue for delay but is not widely known for his actions. Did he violate procedures or go outside approved channels? It would seem so, but his action did not result in being labeled the whistleblower, who ultimately spoke up in a legally legitimate forum, within approved channels, but with an account different from that of his management team. It is a distinguishing mark of actions categorized as whistleblowing that it is necessary and proper to force attention to a serious ethical problem. In the course of bringing these issues and problems to light, whistleblowers embrace the Code requirement to protect the public welfare.

There have been instances of ethical and moral problems that were well known inside companies but were not properly addressed for the lack of a whistleblower. Organizations and management tools so focused on budget and schedule demands present fertile settings in which potential problems can grow, ripen and somehow remain unattended to and unexposed even though many people are aware of the potential for catastrophe. This presents another feature of whistleblowing – retaliation against the whistleblower. This is a predictable outcome and a strong deterrent because individuals and organizations who feel accused and called out tend to hit back. This highlights the moral and ethical complexities of blowing the whistle. Both the accusation and the retaliation produce injury and threaten careers of both the accused and the accuser. Collegial and professional relationships, as well as informal relations and networks, may be disrupted or damaged.

Document Before You Blow the Whistle

Proper and necessary whistleblowing presupposes that somewhere there is someone in management with appropriate authority who will appreciate the ethical and moral importance of a disclosure and will respond appropriately and ethically. Sometimes this is a naïve faith in top management. Ask yourself these questions. Am I brave enough to do what is right? Do I have a choice? Am I convinced and confident that I know what is right to do? Can I improve the situation? Part of your answer dramatizes the moral and ethical situations faced by engineers. Built into codes of ethics, engineering education and technical practice is an orientation and obligation toward safety and public welfare.

The technical knowledge and organizational positions that we possess as engineers enable us to detect problems that affect public welfare while noting that practical and economic aspects are interwoven with moral aspects. Engineers’ organizations are such that we cannot bring appropriate attention and solution to problems we detect unless we can convince others to react appropriately. We have the technical and scientific skills. We must develop the skills of persuading, negotiating, and allying with colleagues. The Challenger whistleblowers were vindicated when they produced full and accurate records and real-time notes on the meetings that took place. When the documentation was presented, the whole complexion of the investigation changed and focus was advanced from just looking at the technical issues to addressing ethical and moral issues of corporate management practice.

From my youth I share this advice (usually attributed to Davy Crockett via Walt Disney Productions): "Be sure you’re right, and then go ahead" (but……keep good notes and records).

Be sure you’re right, and then go ahead" (but……keep good notes and records).