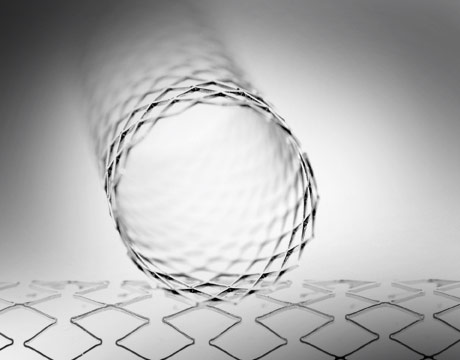 To improve the design and testing of medical devices such as cardiovascular stents that are implanted in the human body, mathematical modeling techniques like computational fluid dynamics and finite element analysis (FEA) are being increasingly used these days in addition to traditional in-vitro techniques.

The Center for Devices and Radiological Health (CDRH) is a branch of the FDA responsible for the pre-market approval (PMA) of all medical devices, as well as overseeing their manufacturing, performance, and safety. The CDRH splits these devices into three main categories.

CDRH requires pre-market bench testing for most implanted materials and components to determine their potential for causing blood and tissue damage. Additionally, in-vitro testing is also important in determining the source of blood damage during adverse patient investigations that might occur post-market. However, uncertainty in the performance and use of the data can occur since standardized testing and reporting procedures for quantifying blood damage have not been established for evaluating many of these devices. The main reason is, due to the complexity of current blood trauma testing techniques, it has not been shown that preclinical evaluations of new devices using in-vitro laboratory testing have typically been good predictors of how they will perform in patient clinical trials, according to research conducted by the FDA.

For that reason, the FDA is actively involved in evaluating the differences between testing these devices and components with animal/human blood, and by exploring how flow-visualization and computational flow dynamic simulations can be used to validate and predict blood damage. One of the most widely used computer modeling techniques to simulate the flow of fluids and the physical forces acting on the fluid is known as computational fluid dynamics (CFD), a branch of fluid mechanics that uses numerical methods and algorithms to solve and analyze problems that involve fluid flows. It is already being used to develop tests for blood-flow medical devices, such as ventricular assisted devices (VADs).

Another subset of computer modeling being used to support CFD studies is FEA. This model consists of knowing the detailed geometry of the device and the mechanical properties of the materials used to predict stresses and strains in solid structures and materials from the applied external forces and deformations. As with CFD, the method reduces costs by allowing virtual design and prototyping rather than actually building and testing each iteration of the device. FEA also can predict failures due to unknown stresses by showing problem areas and allowing designers to see more of the stresses calculated within the device.

However, even though these computational models are proving very useful to demonstrate product reliability in FDA pre-market device applications, there have been limited studies carried out to adequately and systematically validate these techniques within a standardized procedure. This is particularly true in the final stage of predicting biological responses, such as comparing blood damage, or thrombus formation, to the purely physical results of the simulations, such as blood pressure, velocity, and shear stresses. Even the physical results generated by CFD are subject to considerable error as compared to experiment, as was recently demonstrated in a computational inter-laboratory study. In this study, computations of a relative hemolysis index (excessive blood cell destruction) of patients from the CFD simulations showed a great deal of scatter, which couldn't be fully explained.

ASME has taken an interest in the standardization of these computation modeling techniques. The seed for a committee was nurtured during a 2008 FDA Workshop on Computer Methods for Cardiovascular Devices. As a result of feedback received from the workshop, it was determined to proceed with forming a new verification and validation (V&V) subcommittee that was application-specific to the medical device industry. The charter of this new committee, known as "V&V 40", was to provide procedures to standardize the verification and validation for the computational modeling of medical devices.

After two years of engaging the medical device industry through various forums, a panel of experts was assembled. Its main task initially involved putting together a comprehensive list of what the medical device industry needs, and in particular, how computer modeling can be used to support the design process. The first official meeting was held in April 2011 in conjunction with the Design of Medical Devices Conference at the University of Minnesota to review the in-depth analysis of the various V&V documents within the community.

The committee currently has a strong representation from experts on cardiovascular devices, but the group is looking to become better versed with expertise from other areas. It also is not clear where the boundaries of this committee lie. For example, it hasn't been decided on what specific medical devices the group should focus on and how to differentiate the work for a wide variety of devices, i.e., implantable versus non-implantable devices. However, the goals of the committee are clear, and are summed up by Ryan Crane, the committee secretary: "There is no question that through standardized computational modeling techniques, the design, testing, and regulatory review of medical devices or components will lead to improvements in efficacy and cost throughout the pre-market and post-market stages of the product's life cycle."

Robert Thomas is an independent writer.

As with CFD, the FEA method reduces costs by allowing virtual design and prototyping rather than actually building and testing each iteration of the device.