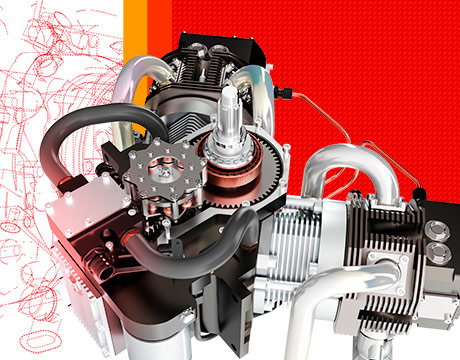 Part 1 of “Innovative Valves Drive Greener, More Efficient Engines” looked at the some of the problems with today’s internal combustion engines. In this part, we take a closer look at the solution.

There are many experimental laboratory versions of fully selectable valve systems available today, and engineers have been working on similar systems for internal combustion engines for years. But the technology has long been held back by two critical variables: complexity and cost.

Selectable systems like the one that Khajepour has developed can cost more than a million dollars at the prototype stage, and the solenoid valves that they are based on can be extremely complex to work on. This is a reliability issue at the commercial stage, especially for trucks, which ideally don’t see significant service until the engine reaches half a million miles, limiting the commercial applicability of the technology to date. 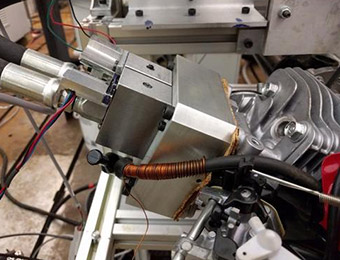 A view of the improved valve system. Image: University of Waterloo

The Waterloo team has addressed these shortcomings, and cut the overall cost of the technology, by switching from a solenoid structure to a rotary valve that is connected directly to the crankshaft. In this type of system, the timing is controlled by the rotation of the valve. So, controlling the opening and the closing of the valve is done by phase shifting, in which the valve opens and closes for set durations as the rotary valve spins, depending on how large or small the valve opening is. It offers performance that effectively matches solenoid-based valves in a much simpler, much cheaper package.

“What we’ve done is replace the solenoid system, control system and magnetic field [of today’s VVTs] with a rotary system that is driven by the crankshaft,” Khajepour says. “Even if it fails, because it uses just an electric motor, it would default the valves back to a fixed timing, rather than completely fail the whole engine and the vehicle.”

To start, Khajepour is targeting this technology at large commercial engines – like heavy construction equipment, ships, long-haul trucks and other large engines – as they stand to realize the most savings from efficiency gains.

In the long term, I do not see any reason that this system cannot be used on any combustion engine.Prof. Amir Khajepour, University of Waterloo

“In the long term, I do not see any reason that this system cannot be used on any combustion engine,” he says. “However, from a practical perspective, we are starting by putting it on larger engines where fuel efficiency and fuel cost is significant. Because, not only will they be able to save the more, but space in the engine and packaging for these applications is not as critical as in smaller cars.”

For example, in the cases of the large engines that are used in ships, fuel costs may be on the order of several hundred thousand dollars per year. So, even a small savings in fuel expense at the end of the year, as the result of a selectable valve system, could end up saving the operator tens of thousands of dollars. That kind of impact could help drive commercial adoption, eventually bringing this technology down into mid-sized and consumer vehicles.

“We’re always working toward commercial solutions,” Khajepour says. “The idea is to join with a company, and design and make the system specifically for their application. We are already in contact with some companies and hopefully we will be commercializing this technology and putting it on real applications in the near future.” 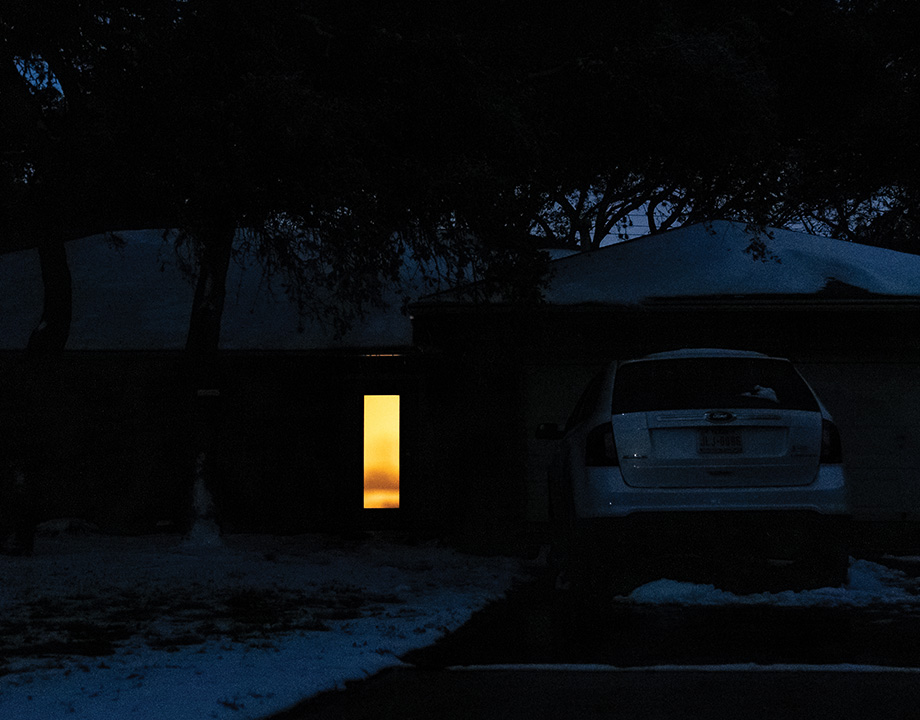