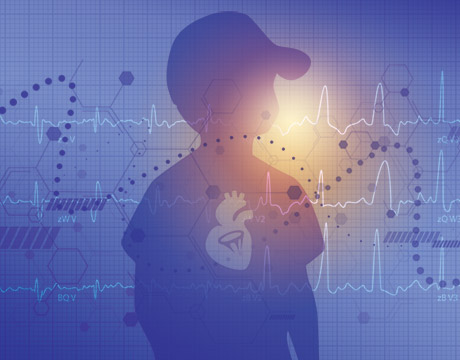 An Implant That Grows as a Child Grows

Adults that suffer from an overly dilated heart valve can have a prosthetic ring implanted to restrict it to normal size. The fix is fairly routine and can be accomplished with a single surgery. Children are not so lucky. As their hearts grow over the years, those rings have to be replaced, requiring multiple surgeries. And because the problem is more common in adults, there has been less development for devices appropriate for children.

Eric Feins, a surgeon at Boston Children’s Hospital, and his colleagues wanted to fix that. “The premise, when we started this project, was to say ‘How do we make a ring that has growth potential?’” Feins says.

They first tried out the idea of using a degradable polymer. As it dissolved over time, the diameter of a ring made with such a material would slowly expand. But no matter what the material, a loss in thickness also means a loss in mechanical strength. Thankfully, surgeons were not the only ones brainstorming on the project. “I don’t come from a heavy engineering background,” Feins says. “But there are some fairly experienced engineers in our lab, which was hugely beneficial in terms of brainstorming the conceptual design.”

Any ring with a mechanical element needed to be as simple as possible, with no overlapping pieces that might catch flesh or blood. So the aforementioned engineers ended up turning to that cheap, ageless toy tube, known as the Chinese finger trap. As every child knows, when you stick a finger into each end and pull, the woven fibers of the trap allow it to elongate. It narrows in the process and eventually snares the fingers pulling it. Using such a weave in an animal is not unheard of. Octopi owe their ability to lengthen their limbs, and fit them into narrow crevices, to a similar arrangement of fibers.

The actual trapping element of the toy was immaterial. What was important was its ability to lengthen without losing strength. Feins and his colleagues filled the tubular sleeve with a biodegradable polymer. “If you can control the core degeneration, then the braid elongation is controllable and predictable,” he says.

At the moment, that core is an FDA approved polymer—the researchers wanted to start with something widely used and accepted. But, conceivably, the speed with which the material breaks down could be tweaked to match the growth rate of a child’s heart. Unfortunately, just when and how fast a human heart grows is not completely known. “There are not existing heart growth curves in humans,” Feins says.

So far, the new tricuspid valve annuloplasty ring, as they call it, has only been demonstrated ex vivo on rat tibias and piglet hearts. The next step is to put it into a living animal. But their paper, published this year in Nature Biomedical Engineering, has already sparked interest in medical professionals that work with children in many areas of medicine, particularly otorhinolaryngologists, better known as ear, nose, and throat doctors. “I do think that there are potential areas that our lab isn’t even aware of because we are specialists ourselves.”

Regardless of the areas that might profit from Feins’ ring, thanks to its simplicity, biocompatibility, and proven success in the lab, it could eliminate thousands of surgeries on children in the coming years.

For Further Discussion
The premise, when we started this project, was to say ‘How do we make a ring that has growth potential?'Dr. Eric Feins, Boston Children’s Hospital