How to Mentor Young Engineers

How to Mentor Young Engineers 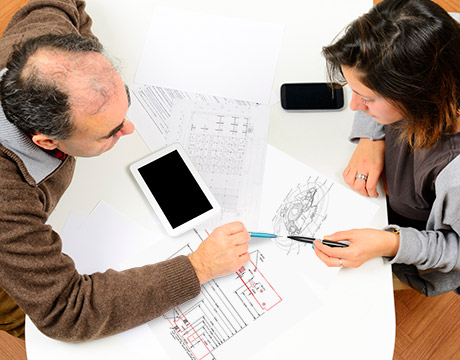 Mentoring programs aim to plant seeds of interest in the minds of future engineers,

When professionals look back on a successful career, a mentor has often played an important role. But in engineering, with the pace and volume of work generated by many companies, finding the right people with enough time to mentor can be difficult. But there are ways of establishing successful mentoring programs, even in the busiest of companies. Here are a few ideas to help get the process rolling.

Janel Anderson, author of Head On: How to Approach Difficult Conversations Directly, suggests setting up a mentoring program that is separate from regular work-related projects. That helps to differentiate it from the day-to-day work processes and the typical boss-staff relationships. She also suggests that mentoring meetings be conducted face to face and not by email, which can be too impersonal.

“This is about the growth of the individual,” says Anderson, who has a Ph.D. in organizational communication from Purdue University, and has worked with many engineers. “Don’t even make it about the goal of enhancing the chance of getting a promotion, make it about improving as an employee.”

Also for You: Interviewing Basics for Engineers

The process should begin with an evaluation of the employee’s needs and the areas he or she needs the most help in, which should be shared with the mentor, Anderson says.

“To progress, you need to understand how to manage others, and that takes experiences being shared,” she says. “You may be a wizard with analyzing a potential product but that doesn’t mean you understand how to treat people well or even how to recognize when encouragement is needed.”

It’s important to remember that not all mentor-mentee partnerships are meant to last forever. Sometimes the relationship just doesn’t work.

“The same people who could be great friends may not have a great relationship in this other way,” she says. “It has a teacher-student aspect, and we all had those that didn’t work growing up. When you start, you can agree to try it out and that it’s okay to stop it at any time.”

She also suggests avoiding a mentorship between a boss and an employee, if possible.

“A diagonal relationship with a leader on another team member can be more successful partly because an employee may feel they can be more open,” she says. “But some companies are smaller and having it with a boss is the only way to do it.”

If your company does not have a mentoring program, now is the time to set one up. Most employees in today’s workforce, especially the younger workers, expect one to be part of the company’s policy and culture, says John Malloy, president of recruiting firm Sanford Rose Associates, based in Plano, TX.

“I’ve mentored many engineers and I can tell you that’s part of what most engineers are being offered,” says Malloy, who has a B.S. in electrical engineering and was once executive vice president of engineering company EDAC Technologies, Cheshire, CT. “Employees aren’t interested in a situation that doesn’t include mentoring. A boss is only as good as how they help their employees anyway. And it helps you. If your team isn’t growing then how do you expect your success to grow?”

In the end, Anderson says mentoring comes down to establishing trust between the mentor and mentee.

“For it to work best, the one being mentored should be able to believe that they can talk about almost anything and that they won’t be looked down on for it,” she says. “What some call dumb questions are sometimes really the important questions to ask.”

“How else are you going to learn?” he says. “It’s better to learn from someone mentoring you than from making a mistake that so many people end up seeing. We’ve all been there.”