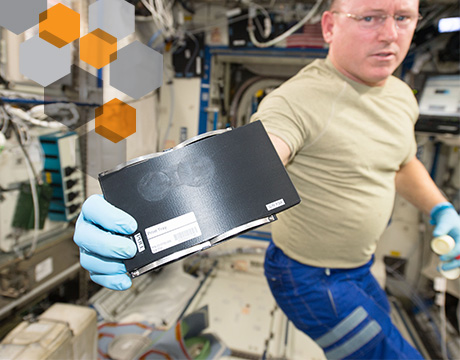 Just as computer-aided design (CAD) evolved over time and changed how engineers go about their work, so will the transformation from 2D, paper-based manufacturing processes to a 3D model-based engineering (MBE)collaborative environment.

The concept is that there will be only one electronic 3D CAD file with all information included, eliminating the need to maintain and update separate files, to translate drawings between 2D and 3D and to provide other separate information and materials in a format that manufacturers and others currently require. Most, if not all, of the work that has been needed to translate design requirements into manufacturing features and operations will be done once and shared in a collaborative environment.

Although discussed for some years but still in the early stages, like the adoption of CAD, MBE is expected to cut significant waste and re-work out of a project as well as reduce errors and omissions. Much of the overhead of design changes is in tedious paper pushing and database management of linked files, experts say. MBE is also often used as the acronym for model-based environment, of which model-based engineering is an important component.

“This next stage of evolution is getting an extra push from the 3D printing field that is producing things faster as well as because traditional manufacturing processes are also getting much faster,” says Jesse Darley, director of mechanical engineering for Design Concepts, a Madison, WI-based product design and innovation consultancy. For example, some companies are offering machining services much faster than ever before, producing injection molded parts within a few days and machine parts quickly too, he notes.

“We’re not quite there yet [with MBE], due to a number of factors, tradition and cost [of conversion] among them, Darley says. “It is a promise of the future.” Like 3D printing, MBE serves as a tool that enables rapid prototyping to speed up the design and product development process and ultimately will mean cost-savings.

Among those leading the charge are the Defense Department, particularly for the military, and NASA. Research conducted by the National Institute of Standards & Technology partnering with the Department of the Army and the Defense Logistics Agency, indicate that there could be a reduction in nonrecurring costs of between 50 percent and 70 percent and speed to market by as much as 50 percent faster.

“What’s left to happen is for industry to follow suit and start using it,” Darley says. He expects early adoption will come from extremes – large companies and startups. “Large companies will realize the financial benefits and adapt their practices,” he adds. “Many startups aren’t invested in the old way of doing things and will find MBE attractive for cost savings and improved documentation.”

Many engineering and design firms are using this transition period to get up to speed. “There will be a learning curve for engineers, though I don’t expect that it will be too steep,” says Scott Biba, senior mechanical engineer and project manager at Design Concepts. “We’re trying to get smart about it, to understand and be ready for the process when it happens.”

Biba explains the software his firm uses is always driven by its clients in order to be in sync with them. “We have to be flexible. For the most part it’s driven by what manufacturing needs and is ready to use. For example, if a 3D model is not something the manufacturing process is able to have on the factory floor, they would print out a 2D drawing and take that with them on the factory floor and use that,” he says.

“The change that engineers will need to get accustomed to is being able to completely document the design intent, including dimensions and tolerances, within the CAD model. For the most part, currently the dimensioning and tolerancing documentation is done during the creation of the drawing,” he explains.

Although some current CAD programs already provide additional capabilities, a transition to 3D modeling is likely to require the purchase and understanding of additional modules that may not yet be included in a standard CAD package, Biba says.

Take a simple project, such as a basic disposable ballpoint pen that has three major sections, a cap, a plastic sleeve and the inside; there could easily be 12 files now, says Biba. When a change is requested, each file has to be changed individually and reviewed. With MBE, there would probably be four files, he said. “When you have 12 files to manage, the potential for mistakes is tripled. Making a dimensional change in an MBE space should all happen with one mouse click with everything all linked and updated,” he says.

Manufacturers are putting computer screens on the manufacturing floor to get away from having a drawing in hand to perform tasks such as checking dimensions after something has been assembled, according to Darley. Theoretically, he says MBE is possible now, “But it’s a big momentum that will have to stop the current process. It took a long time for people to adapt to 2D CAD from the drawing board and then to 3D CAD. This is the next evolution. It’s going to filter in.”

For Further Discussion
The change that engineers will need to get accustomed to is being able to completely document the design intent, including dimensions and tolerances, within the CAD model.Scott Biba, Design Concepts