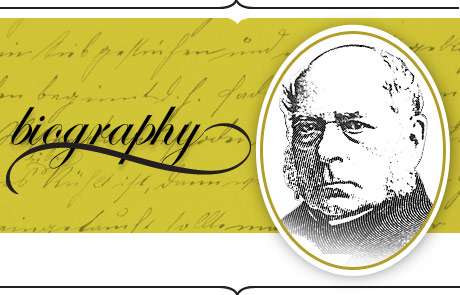 At the time of his death in 1898, Sir Henry Bessemer – the father of the steel industry – had 100 British patents, a small fortune, and a knighthood to his credit. But were it not for the probing questions of his fiancé, he might have remained an anonymous bureaucrat and our world might still be built of cast iron.

Bessemer was born in 1813 in Charlton, Hertfordshire, England. His inventive ways manifested themselves early, and his earliest innovations were focused on the family business of typography and printing. His father, a metallurgist, showed young Henry his innovative techniques for making lead type harder and longer lasting by adding other ingredients to the molten metal.

Relocating to London at age 17, Bessemer earned a living selling decorative metal objects. In those days, forgery and the falsification of Britain's official authorization stamp for documents such as property deeds was rampant. Recognizing the lost revenues tied to this problem, the British Stamp Office was receptive when the ever-inventive Bessemer came forth with a novel forgery-proof printing technology. He developed a unique press that embossed official stamps into the fibers of official paper documents. The Stamp Office loved the idea and, although Bessemer received nothing for the invention, he was offered the position of Superintendent of Stamps.

His fiancé was thrilled at the promise of a steady income and marriage. But, she posited, wouldn't it be cheaper just to modify the government's existing stamp to include a date? As it turned out, Bessemer's wife-to-be was on to something. He took the simpler idea to his boss, who appropriated the idea and rewarded Bessemer with a pink slip. It was a teachable moment and Bessemer never again left anything to chance in safeguarding his intellectual property rights.

Case in point: In Bessemer's time, there was a large demand for ornate picture frames and other decorative objects with the metallic luster of gold. German paint companies had long concealed their secret methods for producing metallic paint, and their monopoly created artificially high prices for objects painted to resemble gold. Bessemer's friends in the print-making industry enlisted him to use his metallurgical know-how to create inexpensive metallic paints. Bessemer developed a machine that created an inexpensive bronze dust that could be added to paint to create the desired glittery effect at a fraction of the price. Bessemer kept his machine designs under wraps for decades and plowed his profits into building a brass foundry in London. There, he learned to create the raw materials that would shrink the modern world.

In the wake of the Crimean War in the 1850s, Bessemer was working on the problem of how to create more durable cannons for the British navy. Cannons were traditionally made of cast iron, but that material was proving unsuitable for use in the new, rifle-style generation of guns that fired spinning balls through a grooved barrel. High pressures frequently caused the guns to explode, killing nearby crewmembers.

Steel was the obvious choice of metal to replace cast iron. Yet it was only producible in small batches, and the extremely high temperatures required to burn off impurities such as excess carbon required large amounts of costly fuels.

In 1856, Bessemer was studying the brief but spectacular display achieved when air was blown across a mass of molten iron. As he examined the hardened product of his experiments, he realized he had created a new form of steel using the cheapest commodity around: oxygen.

The underlying chemistry and physics of the process were not understood at the time, but he realized that the blast of compressed air burned out impurities in the liquefied iron such as excess carbon. As he refined the process, Bessemer found that his steel was lighter and easier to shape than traditionally made metals, and that he could produce far greater quantities of it at a rate 10 times faster.

However, when other foundries tried to duplicate Bessemer's process they failed miserably. Bessemer soon realized that his experiments had used iron that was free of phosphorus, whereas the plants in other parts of England depended on iron with much higher phosphorus content.

Although the phosphorus problem limited the initial acceptance of the Bessemer process, it gave the inventor a unique opportunity to corner the steel market by opening his own foundry in the north of England where phosphorus-free ore was plentiful. Eventually, other metallurgists learned to address the phosphorus problem, and his patented method began to take off in both England and, under license, in the U.S. The effects of Bessemer steel on the industrialized world were profound beyond calculation.

Bessemer became even wealthier in the wake of this success, but for most of his life, he harbored resentment of his treatment by the Stamp Office decades before. In his later years, he sought compensation for the government's appropriation of his anti-forgery innovations. Instead, the government arranged for an honorary knighthood and the title of Sir Henry Bessemer in honor of his lifetime achievements.

The effects of Bessemer steel on the industrialized world were profound beyond calculation.