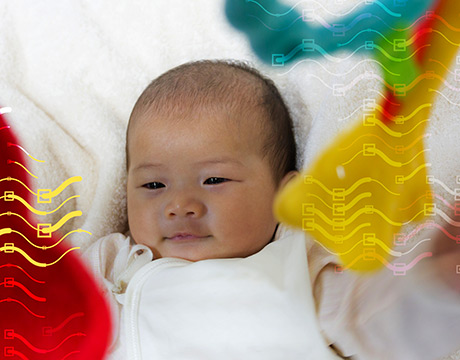 A Gym for Babies, with a Purpose

Prof. Michelle J. Johnson of the University of Pennsylvania’s Perelman School of Medicinehad already done work with robotic tools for cerebral palsy when she had a fateful conversation with Dr. Laura Prosser, a colleague at Penn.

“I told her I had taught an intro to robotics class and had an idea for robotics that would support development of children—where it would grow with the child and interact with them in different ways and that would develop reaching and grasping,” says Johnson. “She was thinking about childhood development delays and how can we support them better.”

The result was a collaboration that would result in the creation of a smart robotic toy gym for babies to identify delays in development. 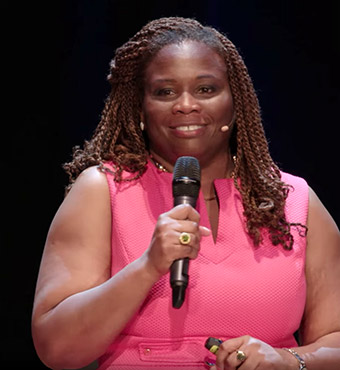 Originally when the pair teamed up to begin work, they were inspired by a Fisher Price toy gym.

“It’s a toy where they lay really young infants down and they will play with toys hanging above them,” Johnson says. “We first started thinking ‘How do we sensorize them and what sensors do we use?’ I’m not a toy maker so there was the thought of using off-the-shelf toys and attaching sensors to them just to get some data. We found they were too hard or not easily modified for things we wanted to do so we knew we had to make this ourselves.”

Part of their goal in identifying potential developmental delays was to capture, depending on the toy, some position movement of the toy when it was played with, how the toy moved in space, information if the baby was interacting with the toy, and toy pressure.

For You: Robots Modeled on Bees Sense Rather than Think

We developed a mat system. If the baby is moving and rolling and lying on their back in a supine manner then we will capture the pressure they are placing on the mat.Prof. Michelle J. Johnson, University of Pennsylvania

The thinking behind the system was to record many forms of interaction, including via a pressurized mat and using a video camera to collect data. “Babies won’t be as stimulated by toys [visually] so [we thought] how can we measure them when there is no visual stimuli?” she says. “We developed a mat system. If the baby is moving and rolling and lying on their back in a supine manner then we will capture the pressure they are placing on the mat.”

The sensors for tracking reaching, grasping, touch, and any type of movement of the toy contained accelerometers, gyroscopes, and magnetometers, she says. For video, they are using a stereo camera now to process the infant, combined with machine-learning algorithms.

Pilot testing has been done in the hospital and daycare facility environment, along with their lab. They tested infants between two months and 11 months old but they tightened that range to less than 9 months because they found an issue where babies were crawling off to explore at older ages, she says.

They’ve also expanded their team to include other engineers to aid development, continuing to focus on cost as one of the critical challenges in their work. “We think this could be revolutionary in diagnosing kids not just in the US but worldwide and one of the barriers to that is affordability,” she says. “If we commercialize for the consumer then we want to keep it at a few hundred dollars but we are aiming at $1,000-$2,000 for a clinical setting.”