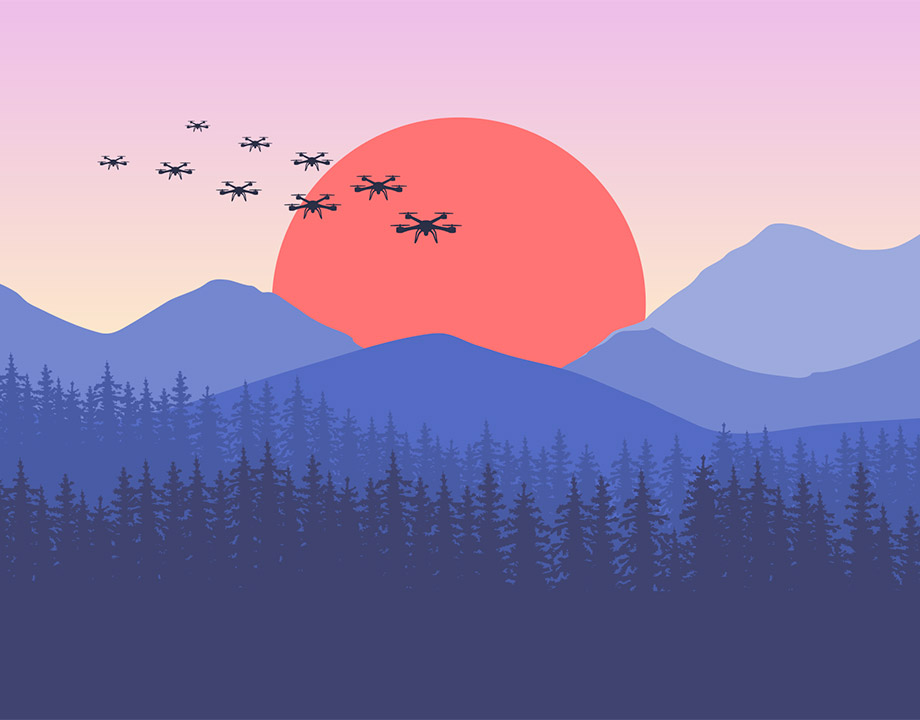 Humans are taking down trees by the billions and reforestation efforts can’t keep up. Now there’s a company that plans to repopulate our forests from the sky.

The importance of trees to life on Earth is not in dispute. Pumping out oxygen, sucking up carbon, feeding and sheltering countless species, they are a crucial element of the ecosystem. Yet we cut them down to the tune of 15 billion a year—and that number doesn’t include trees lost to fire and disease.

There are, of course, efforts to replace lost trees, but they don’t come close to the halfway mark. While the technology to harvest trees has made timber companies incredibly efficient in recent years, no such advances have been made in area of reforestation. Planting is still done by hand, with workers putting 2,000 seedlings in the ground a day. The job is back-breaking and one of the most dangerous in the world.

Now there is a Canadian startup, Flash Forest, that hopes to do that work faster and safer—which is to say, by drone. “This industry is ripe for innovation,” said Bryce Jones, a mechatronics engineer and the company’s CEO. “With recent developments in lithium ion batteries, the drone industry has been revolutionized with increased payload capacity and flight times.” 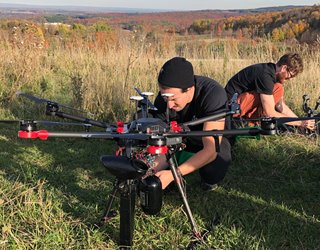 The Flash Forest drones can hold hundreds of seed pods at a time and can plant roughly a tree per second. Image: Flash Forest
Jones and his team plan to use drones for every step of the reforestation process. That means surveilling target areas, planting seedlings, monitoring growth, and collecting data, all from the air.

The actual planting will use a pneumatic gun on the drone that will fire seed pods into the soil. The Flash Forest drones can hold hundreds of seed pods at a time and can plant roughly a tree a second.

You May Also Like: Building the Ultimate Carbon Capture Tree

That makes them 10 times faster than a reforesting human, and, of course, orders of magnitude less expensive.

The pod gun was the easy part. “Developing drone technology able to plant trees was certainly a challenge, but producing our seedpods was undoubtedly more difficult,” Jones said. Each pod needs to be a micro-environment that promotes seedling growth. Also, different species require different nutrients, moisture levels, and fungus to encourage root growth.

The autonomously controlled heavy lift drones fly predetermined flight paths to do their planting. The company has developed software that uses 3D mapping technology and AI to select both the best planting sites and the best flight paths.

Already, Flash Forest has planted more than 3,000 pods in southern Ontario and expects to plant 40,000 more before summer. Universities, governments, and forestry companies from more than 40 countries have contacted the company about using this technology. “This is where we believe we’ll be able to have the largest global impact on climate change and biodiversity loss,” Jones said. 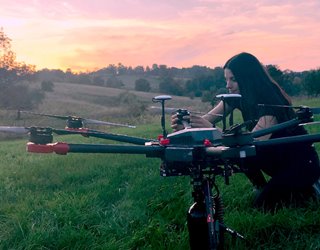 The company has developed software that uses 3D mapping technology and AI to select the best planting sites. Image: Flash Forest
Jones and his colleagues are now working hard to improve the whole system. They want to simplify the user interface, increase the automation, and reduce the weight and number of moving parts. They’re also hoping to develop software that will allow the drones to swarm, so a single drone pilot can operate a gaggle of drones simultaneously.

“We also are developing reconnaissance drones and software that should allow us to keep accurate data on environmental conditions, pods, and success rates,” Jones said.

If all goes according to plan, one day our newest technologies will soon be giving rise to the oldest, life-sustaining technology on the planet.