Getting WISE to an Internship

Getting WISE to an Internship 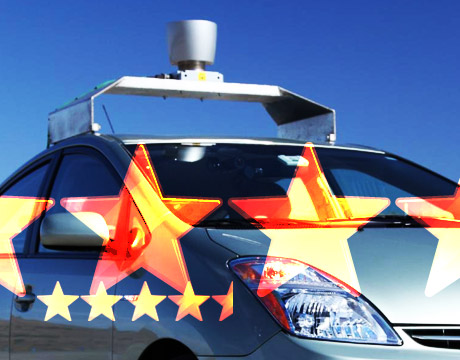 Garrett Dowd’s WISE internship was a chance to expand his mind. But it’s also possible that it led to him having an impact on automotive safety.

“I’ve always been interested in business and the policy inside of engineering,” says Dowd, who graduated from the University of Akron with a bachelor’s degree in mechanical engineering. “From my perspective, I want to apply research for a societal benefit. I had a former WISE professor who recommended this program. It’s primarily targeted to juniors and seniors to get a foot in the door of public policy. It was a great experience in many ways.”

At the beginning of the internship he was looking at policy barriers. “People like to focus on a blue sky future but I was looking at what’s being done now,” he says of his Washington, DC-based internship. “I learned in Washington that it can be temporal. Perspective can shift on the technology coming out. The internship gave me a chance to work on policy perspective for autonomous vehicles and current areas such as automatic braking.”

He also worked with other students from other engineering societies. “We had meetings with policymakers in Washington, leading members of cybersecurity. And it culminated in a research policy paper that was published.”

And his possible effect on car safety? “The NHTSA put out a statement with proposed rulemaking which included automatic emergency braking and other computer-based safety technologies directly in the five-star safety rating on window stickers of cars when you go to buy them,” explains Dowd, who had previously worked on vehicle design in Korea. “My recommendations had included this. It had already been done in Europe and other places. I would like to think my work and meetings with important people through the internship may have had some impact.”

Looking back, he found the WISE internship was a strong supporter for research. “A lot of research was delving into the history of roadway safety in America and it was helpful with multiple government organizations having good statistics in this area,” he says. “But there were also great chances to talk with researchers in industry. I got a lot out of attending the Automated Vehicles Symposium in Ann Arbor.”

Having had several internships, he said this one also stood out for organization. “The level of support was beyond anything I experienced before,” he says. “After the internship, we had a chance to talk about our experience, our research and the policy implications. I saw the internship as a terrific opportunity to interact with incredibly motivated people from all over the country.”

And he feels many should feel motivated when it comes to the future of autonomous vehicles, as long as they keep a dash of caution at the ready. “We overestimate what will happen in the short-term but do the opposite in the long-term,” he says. “We’re at that time where technology has the ability to change lifestyles and the way our infrastructure looks. I think it will be a long transition over decades and will be complementary to other forms of transportation. It will be exciting to see what happens.”

For Further Discussion
The internship gave me a chance to work on policy perspective for autonomous vehicles and current areas such as automatic braking.Garrett Dowd, Mechanical Engineer