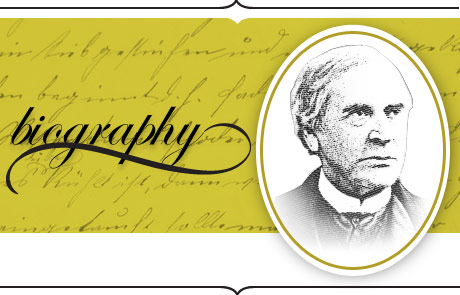 Are you an engineer inventor who can sell your own ideas? George Henry Corliss was. During the industrial age, Corliss (1817-1888) left school at age 14 and spent his early years working in New York as a clerk in a factory store. He attended an academy in Vermont, but opted to return to the only business he had known previously and opened his own store, working as a merchant. Bored with routine tasks, around age 23, he began to use his mechanical talents to invent and perfect machinery, and after a few years was awarded his first patent for a boot-stitching machine.

Corliss moved from New York to Providence, RI, to seek funding to market and produce the stitching machine but his plans changed when he became interested in steam engines. As a result, he took a job at Fairbanks, Bancroft, and Company as a draftsman for their steam engine and boiler manufacturing firm. He rose in seniority, was able to work on his own projects at the company, and after a few years, left to pursue his own ideas as senior partner in Corliss, Nightingale, and Co. His new ideas improved steam engine design which benefited the entire world.

Corliss invented a valve that allowed steam to quickly pressurize a piston, moving it back and forth before the steam could condense. He also created governors that would control the steam and exhaust. These advances reduced waste heat and allowed the engine to operate with more uniform motion and lowered fuel costs. He designed, developed, and patented the Corliss Engine based on these improvements.

The Inventors Hall of Fame notes that the efficient shuttle valve in the Corliss Engines "paved the way for the widespread use of steam power in nineteenth-century America."

In 1856, Corliss opened the Corliss Steam Engine Company in Providence, RI. The steam engines he produced were used in many industrial applications, and were soon exported to Scotland for use in cotton mills. He opened a second production facility in England and oversaw both locations. Over time, the Corliss Engine was used worldwide, and once the patents expired, Corliss-type engine designs were adopted by many manufacturers.

Corliss's most well-known achievement was the Centennial Engine. Built for the 1876 Centennial Exhibition in Philadelphia, PA, this steam engine powered all of the machinery in Machinery Hall for the six month expo. It stood forty feet tall and weighed six-hundred-tons, making it the largest steam engine, and based on its maximum power rating, the most powerful at the time.

With much celebration, President Ulysses S. Grant and Emperor Don Pedro II of Brazil activated the Centennial Corliss engine using hand cranks to kick off the beginning of the Expo. After the expo closed, the engine was sold to the Pullman Company, where it operated for 30 more years. This low-speed engine was also significant as it marked the end of an era for steam engines, as high-speed steam engines became popular in the late 1880s.

Awards and medals from around the world indicate the extent to which Corliss impacted daily life during the industrial age. He personally held an honorary M.A. from Brown University, Boston's Academy of Arts and Sciences 1870 Rumford Medal, and the Institute of France's 1879 Montyon prize, which at the time, was the highest honor known for mechanical achievements. He was also made an "Officer of the Order of Leopold" in 1886 by the King of Belgium.

The Corliss engine also received numerous awards. It won the highest prize at the 1867 Paris Exhibition, beating more than a hundred of the world's most noted engine builders. At the 1873 Vienna Exposition, despite not even being on exhibition, the engine won the "Grand Diploma of Honor" - the top award - since Corliss's innovations were in almost every steam engine exhibited.

Over time, the Corliss Engine was used worldwide, and once the patents expired, Corliss-type engine designs were adopted by many manufacturers.