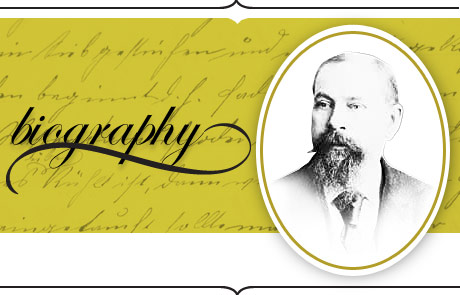 In Chrysler: The Life and Times of an Automotive Genius by Vincent Curcio, American inventor George Brayton (1772-1837) is recognized as the most important of the early American inventors of vehicles utilizing internal combustion. The extent of his accomplishment may even be more wide reaching than what's on record. Inventor George Selden (1846-1922) developed a combustion engine that he admitted was influenced by Brayton's work and was the basis of a lawsuit that went on for years – and that would have declared Selden as one of the most vital minds in the history of automobiles. Originally winning on the basis that his patent covered any engine using gasoline, he was beaten by Ford on the appeal.

According to the book, Brayton turbines in their earlier uses were in a Providence, RI streetcar and an off-rail omnibus in Pittsburgh, PA. His engine was explained this way: "Air is compressed in the single-acting pump, which has a volume one-half that of the power cylinder. The compressed air passes from the constant-pressure receiver through pipe…and over the absorbent material…through which the fuel is fed by a pump. Here it takes up vapor and the mixture passes the wire-gauge grating and into the cylinder, where it burns. Means are provided to prevent entirely shutting off the air from the power cylinder, and thus there is kept constantly burning a small flame which increases for the power stroke. Governing is effected by a variable cut-off to the power cylinder."

Thermodynamics and Thermal Engineering by J. Selwin Rajadurai explains how the components of the Brayton Cycle (invented in 1872)—consisting of a compressor, turbine, heat exchanger, and combustion—created open cycles and closed. Of the open, the author wrote: "Fresh air in an ambient condition is thrown into the compressor, and the air gets compressed isentropically. During this stage, work is done on the system. During this process, the pressure and temperature of the working substance increases, whereas the volume is reduced. The high pressure proceeds into the combustion chamber, where the fuel is burned at constant pressure. Due to constant pressure heating, the temperature and the volume of the working substance increases. The resulting high temperature gases then enter the turbine, where they expand to the atmospheric pressure isentropically, this producing the power."

It goes on to say that because of the isentropic expansion, the temperature goes down while the volume rises. The exhaust gases leaving the turbine go into the atmosphere and, since they're not "recirculated," it is an open cycle.

The closed cycle portion has the same compression and expansion processes but a constant heat pressure addition fills in for combustion and the exhaust is replaced by constant pressure heat rejection. Thermal efficiency of the cycle comes from regeneration but is only recommended when the turbine exhaust temperature is higher than the compressor exit temperature.

In the end, the Brayton engine eventually was seen as inferior to the later developed Otto, which relied on a four-stroke piston system instead of going with a two-stroke. But few can deny Brayton's impact on the progression to today's modern automobile.

The components of the Brayton Cycle (invented in 1872)—consisting of a compressor, turbine, heat exchanger, and combustion—created open cycles and closed.J. Selwin Rajadurai, author of Thermodynamics and Thermal Engineering