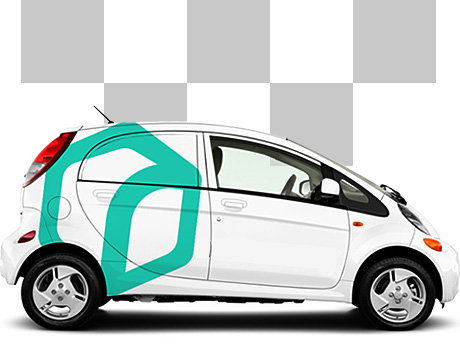 Gear Up for Driverless Taxis

When the big names most associated with driverless cars (Google, Tesla, Mercedes, and others) discuss timelines for being ready, their projections can stretch out to a decade. Now, a relatively small startup, Cambridge, MA-based nuTonomy, may be offering a commercial taxi service using driverless cars much sooner.

A 30-person startup, nuTonomy was founded by two Massachusetts Institute of Technology research scientists/professors, Karl Iagnemma and Emilio Frazzoli. Both had earlier earned their doctorates there, Iagnemma in robotics and Frazzoli in aeronautics and astronautics. The company evolved out of their work over the past decade developing autonomous vehicles for a variety of organizations, such as the Defense Advanced Research Projects Agency, Nissan and others, and lecturing about the benefits of driverless cars.

“Eventually a couple of years ago we looked at each other and realized what we have been developing has far broader application than just MIT research projects,” says Iagnemma, who serves as nuTonomy CEO. “We realized that to make an impact on a global scale we would need to take the technology outside of MIT.” Frazzoli is chief technology officer. They both are on leave from MIT.

While most of the major companies are focusing on automated highway driving, nuTonomy is developing a fleet of driverless cars for an urban taxi service to be launched first in Singapore and later in other markets. The taxis will be able to be hailed with a smart phone. While Iagnemma declines to cite a specific date, he says, “It will be sooner than people think.”

The company recently reached several milestones. The car passed its first “driving test” in late March that included navigating a custom obstacle course without incident and was granted official permission in early April to begin driving on public roads. “It was a big day,” says Iagnemma. “So we will start doing that probably tomorrow.”

Iagnemma believes what sets nuTonomy apart from other driverless car developers is the advanced decision-making techniques they are applying from the aerospace industry. “We take a principled approach to decision making and have a set of methods for encoding both rules of the road and driving preferences. We’re not hard-coding our decision-making engine, which can result in systems that are brittle, non-robust and subject to error,” he says. “We’re also not solely relying on machine learning, which results in a black box system that is difficult to validate. We take a middle ground, where we use a principled algorithmic approach for translating specific rules to the operation of the vehicle. That is unique in automotive to our knowledge.”

For example, to meet some of the city-state’s objectives, algorithms nuTonomy’s engineers designed will indicate the maximum number of cars needed at any given time, taking into consideration a reasonable wait time for the number of individuals seeking a taxi, thus reducing traffic and emissions. Algorithms also allow the cars to break low-priority rules of the road when that can be done safely in order to drive flexibly and efficiently. If there are no oncoming cars, for example, the taxi will know it’s not violating an important rule of not hitting another object when it drives around a double-parked car.

According to Frazzoli, “These are situations we encounter every day, and we use our judgment to understand the rules we can violate. We have these same judgments embedded in our algorithms.”

Even though driving driverless in urban centers is much more complex than cruising on a highway, Iagnemma believes nuTonomy can create the most value by focusing on urban driving and be ready sooner. One reason is that this business model allows better control related to geography. “You can be very choosy about the environment,” he notes. “We can get very good at driving in Singapore without having to worry whether someone might take our car to Kuala Lumpur for the weekend or take it off road in Malaysia somewhere. We don’t have to plan for all the contingencies that are linked to different geographies. We can focus on a single geography and get very good in that area.”

nuTonomy expected its second car to arrive in mid-April and will continue to build its fleet in the coming months as well as to continue doing development. “Driving on public roads exposes us to the real complexity of urban driving,” Iagnemma says. “We learn a lot. It helps us improve our software. We continue to test and refine the software, and we continue to seek out more complex driving situations in the city. That process will continue until we feel the software is mature enough to launch as a product.”

From a personal perspective, Iagnemma says there is a sense of being involved at the dawn of an important technological advance, “the way I suppose people involved with the early days of the internet or the PC revolution felt. It’s that same kind of feeling of being part of the broader community. Hopefully we can make a substantial contribution. We certainly aim to.”

For Further Discussion
We take a middle ground, where we use a principled algorithmic approach for translating specific rules to the operation of the vehicle. That is unique in automotive to our knowledge.Karl Iagnemma, CEO, nuTonomy