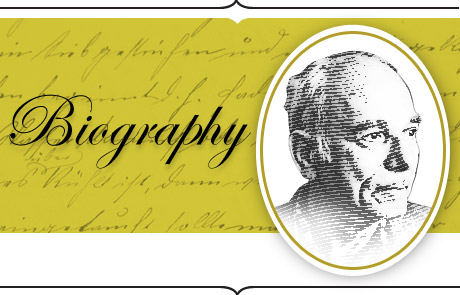 "One hundred years after his birth, Fritz John remains one of Courant Institute's most beloved luminaries," wrote M. L. Ball in a New York University newsletter in the fall of 2010.

Born in Berlin, Germany, in 1910, renowned mathematician Fritz John demonstrated a high proficiency in math at an early age. At the urging of his high school mathematics teacher, he attended the University of Göttingen in 1929 where he was befriended by another famous mathematician, Richard Courant, who was then the director of the Mathematics Institute. By 1933, he was caught up in the social upheaval created by Adolf Hitler and the Third Reich, which under the guise of the Civil Service Law, began removing Jewish teachers from universities.

Envisioning a bleak future in his homeland, John left the university in 1934 after completing his doctoral studies and followed Courant to St John's College, Cambridge, England, where he spent one year teaching and continuing his studies. He came to the United States in 1935 as an assistant professor at the University of Kentucky and later moved to New York University in 1946 where he rejoined Courant, at the Courant Institute named after him, for the remainder of his distinguished career.

Early in his career, John studied the Radon transform, a concept introduced by the Austrian mathematician, Johann Radon, and applicable to the field of tomography. Following his early work, John published a paper that has since become a major resource for the study of three-dimensional tomography (the noninvasive determination of density or other structure obtained by attenuation of waves as they pass through the body).

John is most widely known among mathematicians for his work involving partial differential equations, an area where there are few absolute rules, but rather requires a reliance on the mathematicians' ingenuity and knowledge of applications in related fields. His work helped forge a deeper understanding of the fundamental laws of physics and engineering principles, such as Maxwell's laws of electromagnetism. His unique approach to solving equations enabled him to describe the movements of waves in water or the bending of a material like cardboard, and addressing the difficult problem of how to describe mathematically what happens at the boundaries of oscillating objects. His book on partial differential equations is said to have had an enormous impact on the development of the subject and the training of younger mathematicians.

In the latter stages of his career, John investigated the mathematical theory of equilibrium in nonlinear elasticity. Through these investigations he introduced the space of functions of bounded mean oscillations, which plays a fundamental role in harmonic analysis and nonlinear elliptic equations. The same work on rotation and strain led to other advances in the area of quasi-isometric mappings.

Courant once described John's work as "done on the background of a philosophical desire to help understanding of the mathematical structure underlying natural phenomena."

John was well liked and respected by his colleagues. While his work was widely praised, he showed little interest in publicity. According to Courant Institute Professor Emeritus Cathleen Morawetz, he once said that he wanted neither fame nor fortune but rather "the grudging admiration of a few close friends."

John died at his home in New Rochelle, NY, in 1994. In a final tribute at a memorial service at the Courant Institute, his son, Fred John, had this to say about his father: "A number of characteristics seem to provide the overriding sense of my father's nature. One, certainly, is the gentleness that marked his approach to life. He spoke softly, rarely raised his voice, hardly ever got angry. I often interrupted his work, but he never seemed to mind, was happy to see me, answer my questions, never seemed impatient to get back to the train of thought I had interrupted."

There is no doubt that John is one of the most original and deep mathematical analysts of our time.