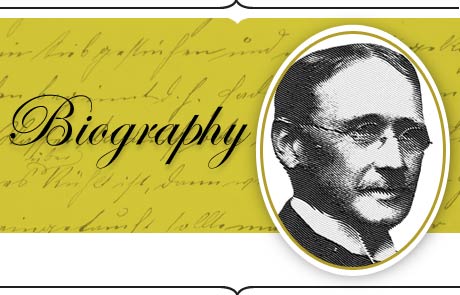 Born to a wealthy Philadelphia family in 1856 and schooled at Phillips Academy in Exeter, New Hampshire, Frederick Winslow Taylor eventually gained entry to Harvard University. His eyesight became poor and he chose instead to take an apprenticeship in a machining shop. After two years, he worked as a laborer at Midvale Steel and quickly rose through the company, becoming an expert in treating steel. Some credit his abilities and others credit his wealthy family, who were friends with the owners of the steel company, for his quick advancement.

Some know Taylor for his important steel-tool discoveries. He invented the Taylor-White process for tempering steel, which revolutionized metal cutting techniques and earned multiple medals. He also invented a high-speed cutting tool that won awards at international expositions. Most know him for his shop-management philosophies, which have earned him the title "Father of Scientific Management."

While working at the Midvale machine shop, he noticed that some workers weren't working to their capacity, slowing down production and causing inefficiencies. He developed a system, sometimes called production or task management, for approaching jobs objectively and measuring workflow efficiency and productivity before these concepts had names.

Taylor's Principles of Scientific Management discusses how to save time and money when laborers work to their utmost capabilities. He was a proponent of removing anything that didn't add value and finding the best practices possible.

He performed scientific studies of workers to determine their lifting capabilities and attempted to quantify "horsepower" equivalents of manual laborers performing tasks such as unloading iron from a railroad car or digging ditches with various types of shovels. He discussed incentives and the effect that working in "herds" has on motivation and following instructions.

He introduced the idea of "time and motion" studies by observing a job and breaking it down into individual tasks. His ideas had tremendous immediate effect and were quite controversial, as can be expected when providing reasons for people to change their behaviors. When used correctly and in the right context, time-motion studies have the potential to make efficiency improvements, eliminating useless motions and introducing quicker ones.

Taylor also recognized "one of the dangers to be guarded against, when pay of the man or woman is made in any way to depend on quantity of the work done, is that in the effort to increase the quantity, the quality is apt to deteriorate. It is necessary, almost in all cases therefore, to take definitive steps to insure against any falling off of quality before moving in any way towards an increase in quantity."

People reacted both positively and negatively to his ideas. Many were hesitant to implement his ideas. But, when the skepticism wore off, the benefits of higher working standards were demonstrated. New standards started appearing in industries such as bricklaying, which hadn't changed in hundreds of years. "Loafing" on the job started to become criminal.

According to Hans D. Pruijt in his 1997 book "Job Design and Technology: Taylorism Vs. Anti-Taylorism", "Taylorism" is considered a management strategy that separates thinking from doing, as managers think and plan, and workers execute orders. There were many critics of Taylor's ideas, and according to some, he was ruthless when recommending that people be fired.

Taylor preached the ideals and principles of his system of management until his death from influenza in 1915. Taylor's timeless ideas are firmly footed in modern social science and industrial engineering. They still interest business schools and those studying management philosophies worldwide. He continues to be widely studied, debated, and written about.