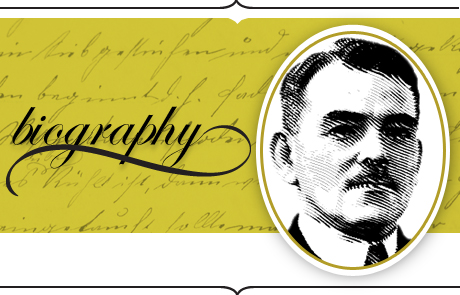 "I want a thousand Whittles!" Those were the orders of one Winston Churchill after first seeing a jet-powered airplane in action. It tore over his head at 400 mph, a good 50 mph more than the fastest fighter planes in the the Royal Air Force (RAF).

It's too bad the prime minister hadn't made the order a good 10 years or so earlier. The man whoconceived and brought the jet engine to fruition, Frank Whittle (1907 – 1996), had been at work on the invention since 1928. If certain officers of the RAF had shared Whittle's vision, rather than handicapping him every step of the way, Britain could have had jet fighters at the start of the war, and there may very well have been no second World War at all.

Regardless of the outcome of alternative histories, we still owe our cheap, speedy, and plentiful globetrotting to Whittle's jet. Journeys that now take hours once took days and it's the jet engine alone that's responsible for the difference.

The institutional resistance to Whittle's ideas and research may have something to do with that old English battleground, class. Whittle's were of the working sort. His father was a mechanic and inventor, and not above using his razor strop to disciple young Frank. Father Whittle did manage to scrape together the funds to buy the Leamington Valve and Piston Ring Company—but it was just a shop with a few tools and a lathe. The family would sleep there when they became briefly homeless.

Whenthe First World War broke out, Frank Whittle's imagination was captivated by the airplanes. As soon as he was able, he attempted to enlist in the RAF, but, slight and five tall, he was deemed too small. So he entered a program of exercise and nutrition (which included drinking copious amounts of liver oil) to increase his size. Six months later he was three inches taller and had increased his chest size by three inches as well. Rejected again, he repeated the whole process at a different office and was finally admitted to RAF Cranwell.

As a pilot he was one of the wildest, buzzing fences, flying low over the Thames and performing aerobatics. He developed a "flick roll," for instance, where he would roll so close to the ground that his wheels would make contact and spin. He crashed several planes in the process.

It was natural, perhaps, that such a stuntman would turn his mind to increasing the speed of an airplane. It was as a cadet that Whittle wrote his paper Future Developments in Airplane Design. In it he outlined the idea of igniting compressed, fuel-injected air and using the exhaust as propulsion. In his first conception, it was a piston that drove the compression. But he soon realized that the weight of the piston negated the benefits. A year after completing his thesis, he had developed the idea of a gas turbine with a propelling jet.

When his idea was shown to officer A. A. Griffith, who was investigating the use of gas turbines to power propellers, it was shot down. A letter from the Air Ministry even explained that there were no materials that could withstand the stresses of such a turbine. A more supportive officer at Cranwell convinced Whittle to take out his own patent, and he did so in January of 1930. Thanks to official disinterest, the patent was no secret and was published for the public at large in 1932.

In the years that followed, Whittle became a flight instructor and a pilot with the Red Arrows, the RAF's team of stunt flyers. He was put to work testing seaplanes—he was literally catapulted over the North Sea—and took an officer's engineering course, all the while working on improving his plans for a jet engine. He had little hope of seeing it become reality, and so, in 1935, he let his patent lapse rather than pay the five-pound renewal fee.

A year later, two ex-RAF pilots put the funds together to help Whittle turn his plans into reality. They founded Power Jets and, with war on the horizon, the new company convinced the Air Ministry to finally throw a few coins into the development of the engine. This was a mixed blessing: The government's investment was not huge and it required that further developments must be done secretly, which made it tough to find additional backing.

Whittle's small group of researchers set up shop in an abandoned foundry and in 1937 were ready for the first test run. Whittle turned on the starter motor and when it hit 1,000 rpm, he allowed fuel into the combustion chamber. Soon the rpms were at 2,000, and a deafening siren whine filled the foundry. When Whittle tried to shut the engine down, the rpms just continued to climb—to 8,000. Everyone involved fled, but Whittle was frozen to the spot. "I have rarely been so frightened," Whittle once wrote. It turned out that extra fuel had been gathering at the bottom of the engine, causing it to continue to run after it had seemingly been turned off.

The relative success of these first trials, combined with the growing Nazi menace across the water, meant put Whittle and his research on the fast track. That caused Whittle to start taking Benzedrine to keep working 16 hours a day.

On May 15, 1941, Whittle's first jet-powered plane took off and stayed aloft for 43 minutes. "Frank, it flies," said one of his colleagues. Whittle responded, "That was bloody well what it was designed to do, isn't it?"

Thanks, in part, to Whittle's widely disseminated patent, his jet plane was not the first in the air. A Nazi researcher, Hans von Ohain, had managed to get a jet craft flying in August of 1939. With hindsight it appears Ohain developed his jet independently, and Whittle's patents merely helped him along once they were available. But Ohain's engines would wear out quickly and it was Whittle's that evolved into the jets we know today.

Whittle was knighted, but, despite the honor, eventually emigrated to the U.S.—making his way on a jet, of course. He continued to work in the field, and also developed a self-powered oil drill. After his death in 1996, his ashes took one last jet ride, back to Cranwell.

When Whittle tried to shut the engine down, the rpms just continued to climb—to 8,000. Everyone involved fled, but Whittle was frozen to the spot.