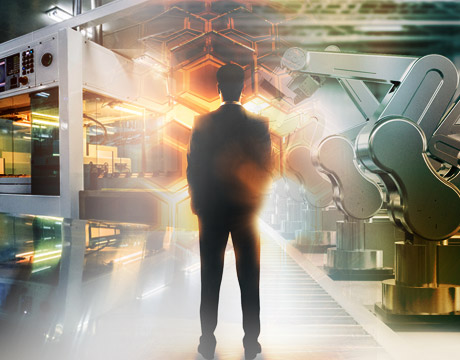 Recycling is a nice idea. But the energy burned shipping a used material, melting it down, and reforming it, keeps it from being a perfectly sustainable system. If we could cut out that middle part, and simply fix products, and return them to the condition they were in when new—and thereby double or triple their lifespans—we’d be doing the planet a lot more good.

Such rejuvenating of a product, and reissuing a good-as-new warranty, is a recent practice known as remanufacturing. And it doesn’t just help the planet. Manufacturers and endusers profit as well. “If we can remanufacture products, we can save huge in terms of material and energy costs,” says Nicholas Yeo, technical director at Singapore’s Advanced Remanufacturing and Technology Centre. When an excavator costs hundreds of thousands of dollars, a mining company doesn’t want to have to buy a new one every time a part breaks, even if it’s a major part. By remanufacturing it, Caterpillar will make money, and the mining company will save bundles. That it’s refurbished, and not actually knew, doesn’t bother them in the slightest. “They don't care. They know the business model works for them.”

1) Laser Metal Deposition Laser Metal Deposition is essentially a 3D printing technology. It uses a laser to melt powder or wire, be it titanium, nickel, cobalt, or a steel alloy, at a focal point into any shape on any surface. It can easily fill in a pitted, grooved, or otherwise worn surface, or entirely coat one, if need be. It allows parts to be fixed that would have previously required too much heat. “It isn’t new,” says Yeo. “Twenty years ago, GE was the first to use it. It didn't take off because of economy of scale, but right now things are coming down in cost.”

2) Robotic High-Pressure Cold Spray Where laser metal deposition better controls the heat used to rebuild a surface, Robotic High-Pressure Cold Spray, as the name implies, abandons heat altogether. Cold spray technology fires tiny particles in a high-pressure air jet, at supersonic speeds at a substrate. They move so fast that they adhere to the surface without heat. “The beauty of it, is that it easily deposits five to ten kilograms in a couple of minutes—literally flying onto the part,” says Yeo. Marine and oil and gas companies can now salvage a five ton piece that previously would have been scrapped. The technology has allowed the U.S. Air Force (an early adopter) to repair sand-pitted helicopters that would have had otherwise been out of service.

3) Automated Adaptive Machining for Parts Repair “If you 3D print 10 parts, you get 10 different distortions,” says Yeo. That doesn’t work too well for crucial, highly specified parts in say, an airplane. That’s where Automated Adaptive Machining for Parts Repair comes into play. With advanced scanning technology that scans at the micron level the injured part can be compared to the original. Then a tool path is generated which returns the part to its near-virgin state. In short, it removes the human element from repair.

For Further Discussion
If we can remanufacture products, we can save huge in terms of material and energy costs.Nicholas Yeo, Singapore’s Advanced Remanufacturing and Technology Centre