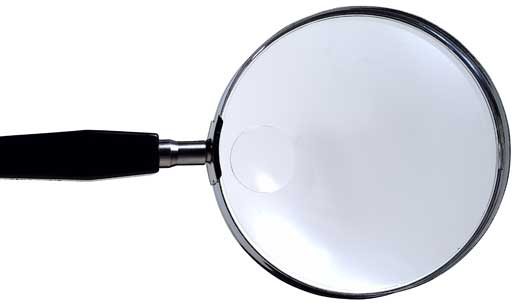 Engineers can often recount a story from their youth about taking apart a clock, a small engine, or some gadget, to figure out how it works and to try to put it back together again. Now those same engineers can trace over existing parts and assemblies—whether small or large—and input those shapes into a CAD system, perhaps in the hopes of coming up with a competing design. In both cases the reverse engineering is done to find out how a product works.

Colin Gagg, though, uses reverse engineering to discover how a product doesn’t work. An associate lecturer in forensic engineering at the Open University in Milton Keynes, England, Gagg makes his livelihood by understanding how and why products fail.

"To recognize how a component or system failed, the engineer must understand how it worked and was manufactured in the first place," Gagg said. “By stepping back through the transformation stages, he'll be in a better position to determine the most probable or expected points of failure within a component or system."

An archetypal example comes from his book, Forensic Materials Engineering: Case Studies, co-authored, with Peter Rhys Lewis and Ken Reynolds. This case began when a dock worker noticed a split in the end panel of a loaded 33-foot-long container being lifted from a ship. The container showed no other obvious signs of external damage, and the piece of machinery it held was still anchored inside.

Shortly after that first split was found, workers at other ports noticed similar failures in the same type of freight container. Costs quickly escalated. Machines had to be loaded into other containers, empty containers needed to be shipped to those ports, and the damaged containers had to be either disposed of or repaired.

A mechanical engineer found nothing wrong with the original design or with the construction of the containers.

Forensic reverse engineers were called in to track each part and how it had been manufactured. They determined that the container's side panels were sheets of aluminum alloy, riveted to each other and to the frame along vertical lap joints. All the failures involved the unzipping of the vertical lap joint between the first and second sheets from the end of the container.

As the aluminum sheets were deemed innocent, their focus turned to the rivets. Although microscopic examination found no internal fault, wear, or corrosion, investigators found that if one rivet near the end of a seam failed, it would throw the extra load onto its neighbors, which could overstress them, causing all the rivets to unzip. After looking at the specification for the rivets on the engineering drawing, they performed a hardness test on the failed rivets. They were well below the strength indicated on the drawing.

A mechanical engineer then found that a batch of containers was produced with rivets that had been set without being first solution treated, as specified on the drawing. It was subsequently discovered that a single employee at the container factory had omitted the solution heat treatment. Case solved.

"It's my view that a good forensic engineer will glean relevant information through meticulous investigation and by taking a reverse-engineering approach," Gagg said.

The same could be said of engineers charged with creating a parts in the first place. "Any engineer should be aiming to train himself to become a failure detective," Gagg said.

Shortly after that first split was found, workers at other ports noticed similar failures in the same type of freight container. Costs quickly escalated.