Engineering for Kids Makes a Difference

Engineering for Kids Makes a Difference 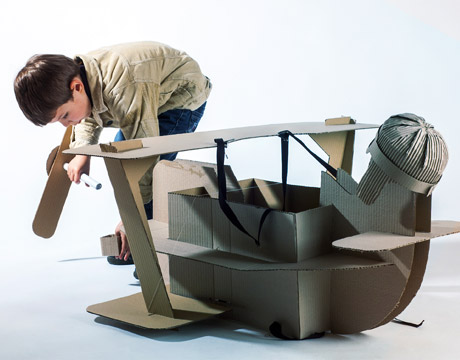 Dori Roberts had been teaching engineering in high school for eleven years when she started an after-school club for kids interested in engineering competitions. The students that attended were thrilled with the program, with the chance to build their own technology. Word soon began to spread that the club was serious fun.

“It was fantastic because I had kids that would find out about the club though friends. I would get kids who otherwise had no idea what engineering was,” says Roberts. “It was a great opportunity for me to reach kids in my high school that would otherwise not have taken my classes.” That’s how Roberts began her mission of bringing engineering to kids of all kinds.

The responses from students and parents were so enthusiastic that Roberts began to teach after-school engineering courses, and, in 2009, a summer camp as well. Spots were filled quickly, in sharp contrast to the basketball and soccer camps that were sharing the parks and recreation space she had rented for the camp. At the time there was nothing else out there for kids thrilled with a passion for engineering. And with the slew of e-mails coming in from interested parents across the country, Roberts realized there was a business opportunity—and necessity—in producing engineering for kids programs.

She quit the teaching job and threw herself into marketing, business, and franchise courses. Two years later she sold her first franchise, and Engineering for Kids was born. The camp and after-school program has now expanded to 137 locations and 18 countries.

The Engineering for Kids programs are designed for kids between the ages of four and fourteen. But the approach is the same for all ages. “We take them through the engineering design process,” says Roberts. “We do this with both our four-year-olds and our 14-year-olds, just at a different difficulty level.” That means that both toddlers and teens are problem solving, designing, testing, failing, redesigning, re-testing, and, sometimes, failing again. “We tell them that’s what engineers do,” says Roberts.

The projects include classic hands-on engineering learning, including bubbles science, balloon vehicles, and the egg drop test; as well as more advanced subjects such as programming, video game design, and robotics. Designing roller coasters and drag racers are two of the most popular projects. “That’s a lot of fun, that gets kids jumping up and down and screaming,” says Roberts.

The people who buy an Engineering for Kids franchise tend to be parents and teachers who “Come to us with a similar passion. They are seeing it as something they need in their communities,” she says. Franchises needn’t open as brick and mortar centers. They can take place in schools or other community centers. Roberts tries to continually add new elements to the franchise to keep things up date. At the same time, “There are a lot of things we want to do but can’t because it would cost the students too much.”

Growth and income aren’t the only measures of the franchise’s success, of course. “I have had parents contact me and say, ‘Hey, my kid was in a program a few years ago and has now decided to go into engineering as a career,’” she says. “What could be more rewarding for an engineering educator?”

For Further Discussion
It was fantastic because I had kids that would find out about the club though friends. I would get kids who otherwise had no idea what engineering was.Dori Roberts, Engineering for Kids